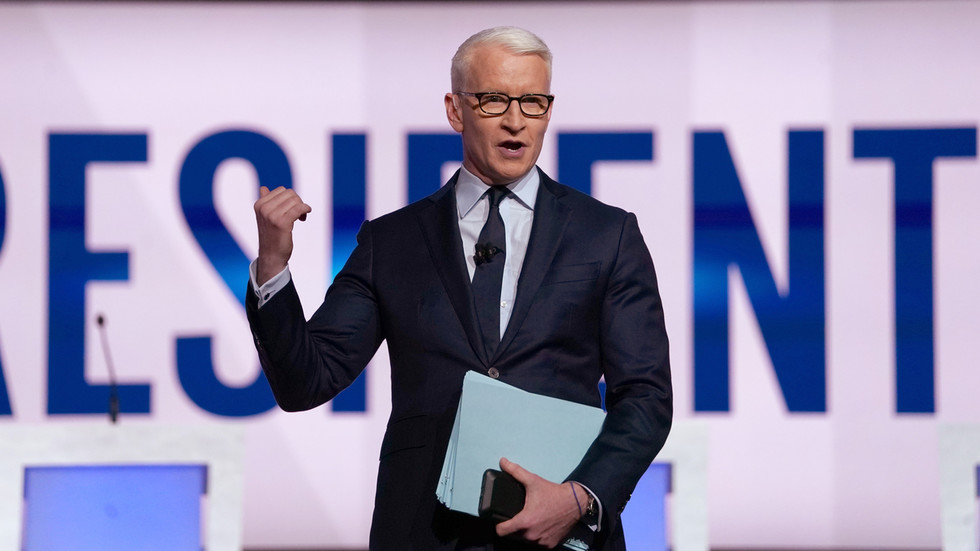 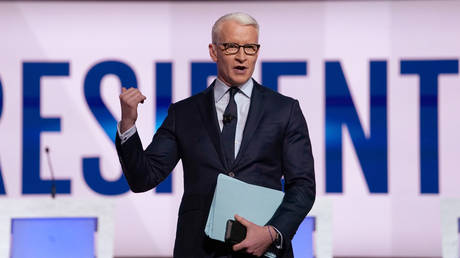 An alleged former believer in the QAnon conspiracy theory apologized on CNN to host Anderson Cooper for believing that he “ate babies” as part of a Satanic ritual.

In a preview of the interview, Jitarth Jadeja claimed to believe many of the conspiracy theories pushed in the QAnon movement until June 2019, including that Anderson “ate babies.”

Asked by Cooper whether he previously thought that “high-level Democrats and celebrities were worshipping Satan” and “drinking the blood of children,” Jadeja responded, “Anderson, I thought you did that, and I would like to apologize for that right now.”

“I apologize for thinking that you ate babies,” he added, prompting Cooper to shoot back, “You actually believed that I was drinking the blood of children?”

Former QAnon believer to @andersoncooper: "I apologize for thinking that you ate babies" pic.twitter.com/IcVIwpYykd

Jadeja – who also revealed that he had previously believed in interdimensional aliens – said yes, noting that the online personality who claimed to be ‘Q’ had mentioned Cooper by name, and that other believers in the conspiracy theory had claimed Anderson was actually a robot.

Jadeja claims other ‘Q’-followers believe Anderson is a “robot” and continue to push conspiracies about him to this day. He added he and others believed ‘Q’ was part of US military intelligence, giving him access to classified information.

Social media users came together to mock the man’s prior beliefs, questioning how some people “are that gullible.”

Whew. Hard to believe people are that gullible…with no shit detectors (as Ernest Hemingway would call that skill!). Amazing.

You know it’s a special TV moment when “I thought you were a robot” is the least insulting thing said about the host. https://t.co/Q0v7HNYuus

How did real life get there before @TheOnion? https://t.co/pfEWUWPWbG

Some even eagerly used the wild claims from the interview to criticize Trump supporters as a whole.

“‘I’m sorry for thinking you ate babies.’ I honestly hope this is the quote that defines Trumpism,” YouTuber Justin King, aka Beau of the Fifth Column, tweeted.

Right now the only Republican sincerely working toward unity is the dude who apologized to @andersoncooper for believing that he ate babies. #BabySteps

Others called for news networks to “stop giving these people a platform,” arguing that the media “shouldn’t focus on this mental crisis as a spectacle” and should instead find “ways of helping people find grounding in the truth again.”

For the love of god stop giving these people a platform https://t.co/a5cUCa0bFv

So here’s the even bigger question. If he truly believed all that, what led him back to reality? We shouldn’t focus on this mental crisis as a spectacle, we should be finding ways of helping people find grounding in the truth again.

“Almost none of the people who hold delusions that deeply are going to be able to just flip a switch and turn it off,” one Twitter user weighed in. “This guy’s story is interesting but don’t think he holds any answers to how to bring these people back.”

almost none of the people who hold delusions that deeply are going to be able to just flip a switch and turn it off, this guy's story is interesting but don't think he holds any answers to how to bring these people back.

Jadeja has previously been profiled by the Washington Post and other media outlets. His appearance on CNN was part of the ‘investigative’ series by the network diving into the Qanon movement titled, ‘Inside the QAnon Conspiracy Theory.’

Anderson claims his reporting on the QAnon movement is “something of a personal project,” as conspiracy theorists called him a “pedophile” and linked him to late sexual predator Jeffrey Epstein through “phony flight logs.”

Jadeja resides in Sydney, Australia, and claims he stopped believing in QAnon conspiracy theories after watching YouTube videos debunking many of the theories pushed by the movement.

'They're coming for us' - right-wing media on Biden's week

Reddit users in US, Canada plagued by outages in service amidst WallStreetBets stock frenzy

FBI solicits ‘tips’ on instigators of Capitol violence, gets bombarded with photos of GOP members, calls to probe Antifa & cops