Home > WORLD > ‘You have to go home now’: Trump urges supporters who breached capitol to leave, says ‘I know how you feel’ (VIDEO) 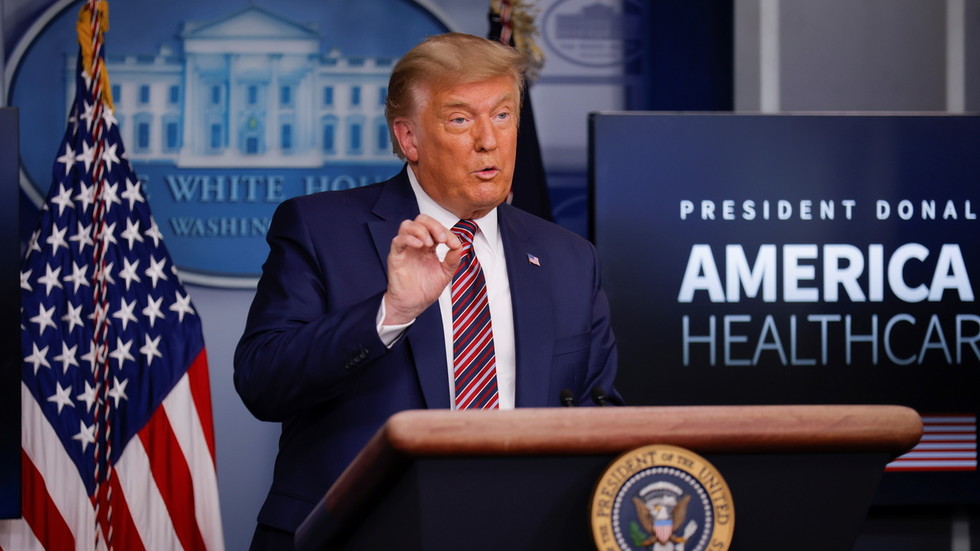 President Donald Trump has released a video message addressing chaos in the US Capitol, telling supporters he understands how they feel about the “fraudulent election,” but urging them to “go home.”

“I know your pain. I know you’re hurt. We had an election that was stolen from us,” Trump said in the video, which followed multiple tweets calling for calm as the US Capitol descended into chaos on the same day Congress is supposed to certify Joe Biden’s victory.

“This was a fraudulent election, but we can’t play into the hands of these people,” Trump said, noting how others are treated in ways that are “so bad and so evil.”

Trump’s words follow numerous lawmakers, both Republican and Democrat, calling for an end to the violence after protesters showing up for a pro-Trump ‘Save America’ rally clashed with police and stormed the US Capitol, leaving several injured. One unidentified woman was shot while trying to get into the Senate chamber and was taken away on a stretcher reportedly in critical condition.

“We love you. You’re very special,” Trump told his supporters, adding they need to “go home and go home in peace.”

Trump’s call for peace came just as Joe Biden urged him to “go on national television” and call for “an end to this siege.”

I call on President Trump to go on national television now to fulfill his oath and defend the Constitution by demanding an end to this siege.

Australian Open 2021: ‘No special treatment’ for tennis players in Melbourne

'This is bigger than one account': Twitter CEO Jack Dorsey hints at future crackdowns in leaked VIDEO after Trump booted from site