Home > WORLD > Yemen: The boy who saved his sister from a sniper 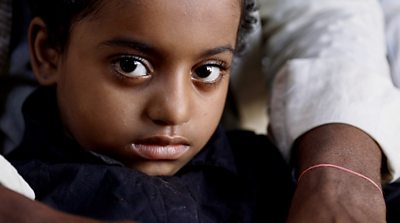 Yemen: The boy who saved his sister from a sniper

Human rights workers in the Yemeni city of Taiz say that more than 450 children have been killed or wounded by Houthi sniper fire in the past six years. Amri’s sister Ruweida was one of those children. He pulled her to safety after she was shot in the head.

Yemen’s civil war began in 2014 when the Houthis drove the internationally recognised government from the capital. A Saudi-led coalition, backed by Britain, has been trying to restore the government to power. The Houthis, who are backed by Iran, deny the allegations that they target children.

Without music, will New Orleans survive?

‘The government was trying to kill him anyway’: Epstein’s fellow inmates claim he was suicidal due to abuse & threats, report says

How a joke ended up before Canada’s top court