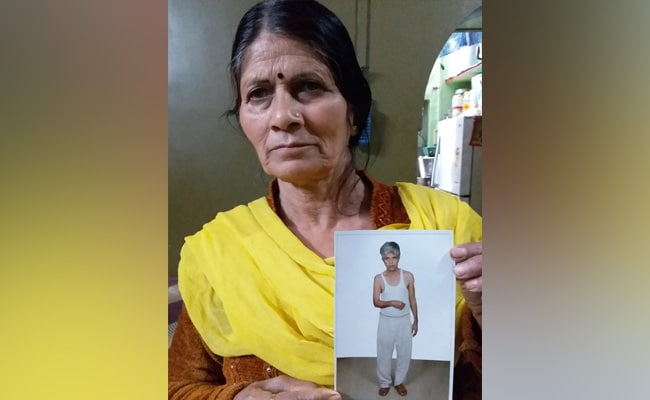 Kusum Pawar, 65, is searching for her 60-year-old brother, who is missing

Six more temporary employees of the Indore Municipal Corporation have been sacked following an inquiry into a shocking video that surfaced last month – in which municipal workers gathered elderly homeless people and dumped them on the city outskirts – but a 65-year-old retired school teacher has yet to find partially paralysed brother, who suffers from a mental illness and was one of those rounded up and driven out of a city feted as “India’s cleanest”.

The heart-wrenching video, on which the Congress predictably pounced, drew a strong statement of condemnation and promise of action from Chief Minister Shivraj Singh Chouhan; two contract workers were fired and the Deputy Commissioner was suspended.

Kusum Pawar, 65, a retired school teacher who lives in the city’s BrahmBag Colony, has run from pillar to post for news about her brother – Pradip Pawar, 60, who is partially paralysed, suffers from a mental illness and was apparently caught up in the municipal workers’ drive.

“Despite a complaint at the Sadar Bazar Police Station we haven’t been able to trace him. He is partially paralysed and cannot move or speak easily. Since January 29, I’ve met municipal officials and police, who promised to trace him by Wednesday…but he is still missing,” Ms Pawar said.

She said she had checked shelter homes and, at one of them, had been told by Ramu (one of the men and women whom the municipal tried to dump) that her brother had been with them.

“… confirmed Pradip was among those who were dumped but later brought back. Ramu told me that while on their way back Pradip was dumped again at one of the road crossings. When he (Ramu) protested this, both my brother and he were hit by the on-duty municipal staff,” she said.

NDTV spoke to Municipal Commissioner Pratibha Pal, who said: “There are several points in this case. This is criminal… police will have to act… the corporation has no role.”

Today’s action against the six temporary employees was on the basis of a three-member panel’s report, which said the six had a direct role in the incident.

The Congress, the main opposition, has claimed there were 15 people in that yellow truck and that quite a few are still missing; the party claims they were dumped in various parts of the city as they were being brought back.

Odisha Man Arrested For Marrying 4 Times Without Being Divorced: Police