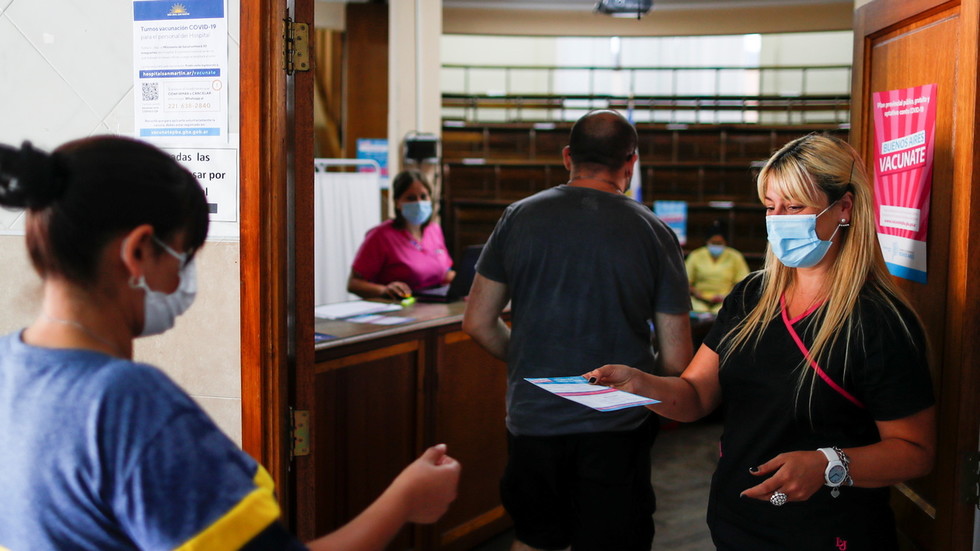 “We are strongly against the politicization of the vaccine,” said Dmitriev, adding that when it comes to health and the very life of many people, “one should forget about politics or any attempts to ‘contain’ Russia.”

In its international dealings related to Russia’s pioneering Sputnik V Covid-19 vaccine, RDIF is simply guided by the principle of helping those in need and is ready to work with anyone willing to do so, the CEO said.

We call for abandoning politics and focusing on saving human lives.

Dmitriev said that his agency has filed a request for the vaccine’s approval with the EU regulator, despite the initial reluctance of Brussels to cooperate with Moscow in this field. By the time the EU makes a decision on the issue, the Russian vaccine might be authorized for use in up to 25 nations around the world, he said.

The UAE and Hungary have been the most recent additions to the list of countries that have approved the Russian jab for domestic use. Russia is quite open when it comes to testing and producing its vaccine abroad, Dmitriev notes.

In the UAE, the authorization was issued following domestic clinical trials that involved volunteers from various ethnic groups. The testing “demonstrated that Sputnik V is highly effective in protecting people with various ethnic backgrounds,” Dmitriev explained, adding that the vaccine has shown over 90 percent efficacy in the UAE trials.

“We will save lives and restore economies not just in UAE but in other Middle Eastern nations too,” Dmitriev said, adding that his agency is currently in “active talks” with Saudi Arabia about potential testing of a joint vaccine with AstraZeneca there.

The RDIF is also actively cooperating with the Palestinian Authority and is about to deliver the first vaccine batch there, Dmitriev added. Most Russian-developed jabs that will be delivered to foreign nations will be produced abroad, Dmitriev said, adding that Russia strives for genuine partnership with other countries in the field of vaccine manufacturing.

The vaccine is being produced in “India, South Korea, Brazil and China” among others, he said, adding that these nations will play significant roles in the vaccine global supply chains.

So far, the pioneering Russian vaccine has been registered in Algeria, Bolivia, Venezuela, Serbia and Argentina, where vaccination campaigns are already underway. Argentinian President Alberto Fernández personally received a dose of Sputnik V on Thursday.

Sputnik V became the first officially registered vaccine against Covid-19 in the world in August 2020, a move that has sparked fierce criticism in the West despite the glowing results of the third, mass-scale phase of trials that followed. The vaccine has shown overall efficacy of 91.4 percent, as well as 100 percent efficacy in preventing severe cases of disease during the final stage of trials conducted in Russia.

A recent study carried out by one of the Russian vaccine manufacturers demonstrated that Sputnik V could also be effectively stored at temperatures between two and eight degrees Celsius, as opposed to -18 degrees initially declared to be the required storage temperature, or the -70 degrees required by the Pfizer/BioNTech shots. The development was welcomed by the Russian officials, who said it would make the vaccine more easily accessible both in Russia and abroad.

Subscribe to RT newsletter to get stories the mainstream media won’t tell you.

‘More died than in all of WW2!’ Biden wants all Americans masked up & travelers quarantined, predicts 500,000 Covid deaths by Feb