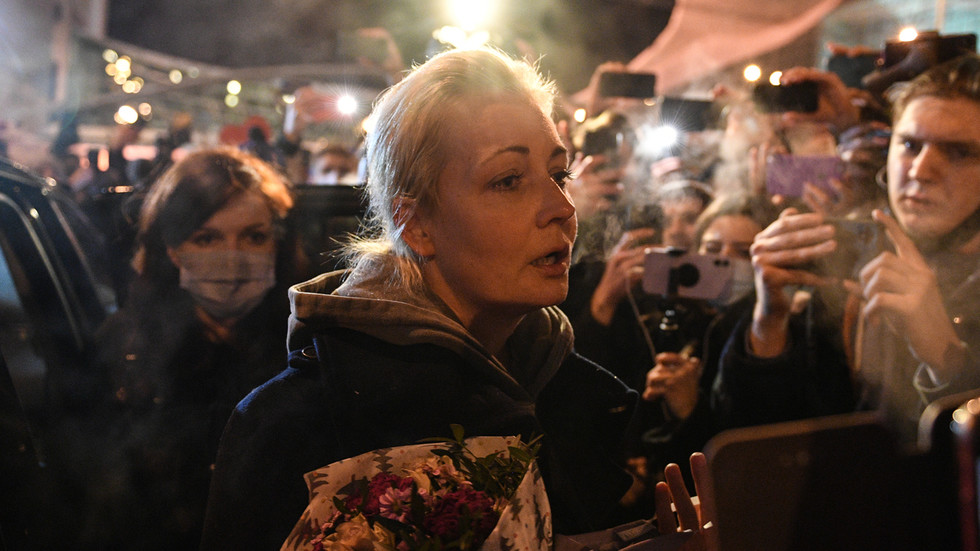 Yulia Navalnaya, the wife of anti-corruption campaigner Alexey Navalny, was arrested at a demonstration in Moscow, as his supporters organized similar events across the country.

The liberal-leaning Echo of Moscow radio station reported on Saturday that Navalnaya had been detained on Bolshaya Dmitrovka Street in the capital’s Central Administrative District. Video circulated by eyewitnesses purports to show her being loaded into a police truck.

Posting on Instagram shortly afterwards, the opposition figure’s wife apologized to her followers for the poor quality of the picture. “It is very bad lighting in the detention center,” she added.

Only half an hour prior, she had taken to the social network to thank those who had turned out for the protest, accompanied by a photograph of herself at the rally.

At least ten thousand people have reportedly taken to the streets of the capital to show solidarity with Navalnaya’s husband, shouting anti-government slogans and holding placards. Many are calling for Navalny’s release, after he was remanded in custody for 30 days when he landed back in Moscow from Germany last weekend. He is accused of violating the terms of his three-and-a-half-year sentence, suspended for a total of six years, for a previous fraud conviction.

The Moscow protest leader is said to have lost contact with prison service officials last autumn. He had been transferred to Berlin’s Charite hospital in a comatose state after what his supporters say was a state-sponsored assassination attempt with the nerve agent Novichok. The Kremlin has ridiculed these claims, with President Vladimir Putin’s spokesman Dmitry Peskov telling reporters that Navalny has a “persecution complex” and allegedly compares himself to Jesus.

Capitol Hill violence was not a ‘victory’ for Putin: In reality, Russia fears consequences of political instability in US