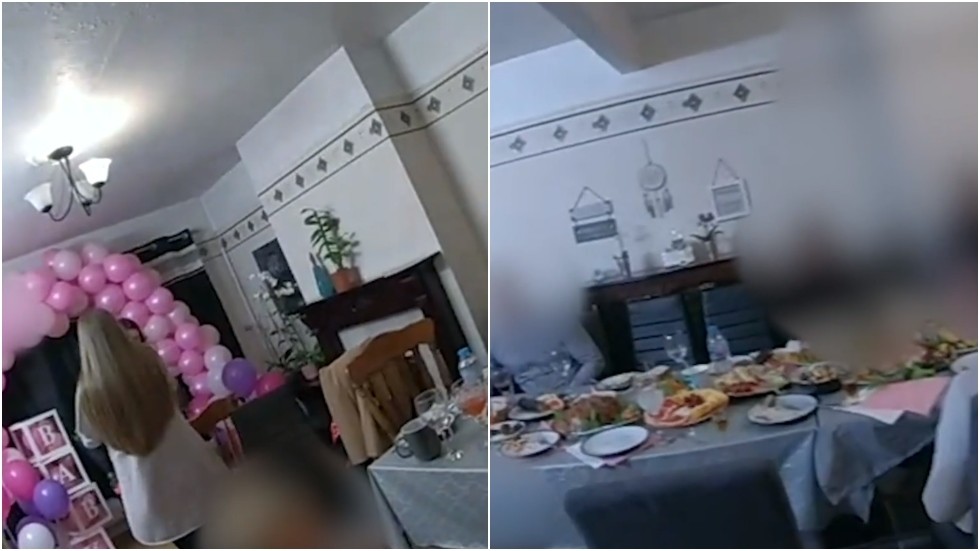 Not so long ago, police descending upon a baby shower would’ve made a great idea for a grotesque comedy sketch, but this is reality in Britain during the pandemic and it doesn’t seem funny at all.

A celebration of new life, attended by more than 20 people at a home in East London, was interrupted by officers on Sunday. The police went in to find guests sitting behind a long table with catering and a balloon arch in the far end of the room.

“Who doesn’t live here?” said a female officer in bodycam footage released by the Metropolitan Police. The question was aimed at singling out those who came to the party in violation of lockdown rules that forbid meeting people from outside one’s own household or support bubble.

“Ah, a baby shower. OK,” she added when the purpose of the gathering apparently dawned on her. Without straying away from the Covid-19 rulebook, the officer then informed the guests that they were breaking coronavirus restrictions and that it was a finable offence. “We had a call obviously,” the law enforcer said, explaining the reason for the late arrival of the police at the party.

“While I fully understand that people want to get together to celebrate events, this is definitely not the time to do it in person,” Stephen Clayman, MET police chief superintendent, said of the incident in Hornchurch, which ended up with the organisers of the party – men aged 22 and 44 – being fined £200 for breaking lockdown rules.

The baby shower could’ve had “tragic consequences” as it increased the risk of the “terrible virus” spreading among the guests and the wider community, he pointed out, adding that the MET police was determined to “deal robustly” with lockdown violators.

Hospital Ahead Of Her Jail Release

‘We have taken back control of laws and our destiny’: Prime Minister Boris Johnson delights in Brexit deal

Victory for free speech or empty rhetoric? Cambridge University pledges to ‘tolerate’ all views – but not everyone is convinced