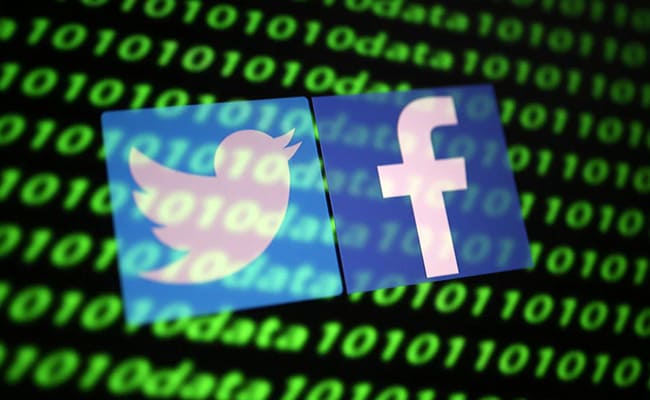 Twitter’s permanent suspension of outgoing US President Donald Trump’s account over instigation to violence has Indian social media’s political sphere roughing it out today, with the national parties especially daggers drawn at each other. One slice of the conversation, involving young party leaders Tejasvi Surya and Srivasta YB – both from Karnataka – made for an interesting read on the microblogging platform.

It began with Mr Surya, the BJP’s Youth Wing President and Bengaluru South MP, warning that the suspension was a “wake-up call for democracies” on the threat posed by “unregulated” big-tech companies. He called for a review of the laws governing such firms so that they couldn’t act this way in India.

This must be wake up call for all who don’t yet understand threat to our democracies by unregulated big tech companies.

Later, in a tweet that did not cite or quote this specific view of Mr Surya’s, Srivatsa YB of the Congress sought a Twitter ban on individuals in India who incite violence. Mr Srivatsa is the National Campaign In-charge of the Youth Congress. The individuals he cited were Mr Surya and one “Amit Malware”.

RT if you want @TwitterIndia to ban Amit Malware & Tejasvi Surya the next time they incite violence and enmity between groups.

Hate in India isn’t acceptable. Let’s hold them accountable just like in America.

Known for his incendiary public utterances, Mr Suryva was only a few weeks ago heard making such divisive speeches in Hyderabad during the municipal poll campaign there.

Nevertheless, the young BJP leader quoted his rival’s tweet to say he didn’t want Twitter to ban anyone and that freedom of expression was sacrosanct. He, however, also took a jibe at the Congress. Addressing Mr Srivatsa as “Dude”, he said “such statesmanship” couldn’t be expected from a party that imposed Emergency.

Sorry dude, I don’t want Twitter to ban anyone – Congressi or BJP or anyone.#FoE is sacrosanct. It cannot be curtailed whimsically by pvt big tech companies without accountability.

But one certainly can’t expect such statesmanship from a party that imposed Emergency. https://t.co/wPQ2vOD1HR

The Congress activist didn’t waste time with niceties. Don’t confuse free speech for hate speech, he said, even while he didn’t miss out on the “dude”.

It’s comical to hear that FoE is sacrosanct from a BJP MP whose govt jails comedians & journalists for being critical.

MAGA or BJP or anyone, I want Twitter to not let their platform be used to peddle hate. https://t.co/OAgszULuCW

Earlier on Friday, in a comprehensive analysis of its policy enforcement approach, Twitter cited two of Mr Trump’s tweets that delegitimise the US electoral process and threaten the orderly transfer of power. These were also viewed as encouraging potential violence at President-elect Joe Biden’s Inauguration ceremony on January 20.

“After a close review of recent Tweets from the @realDonaldTrump account and the context around them – specifically how they are being received and interpreted on and off Twitter – we have permanently suspended the account due to the risk of further incitement of violence,” the company said in a blog post on Friday.

ByteDance Agrees To $92 Million Privacy Settlement With US TikTok Users

Not A Single Benefit, A Lot Of Harm