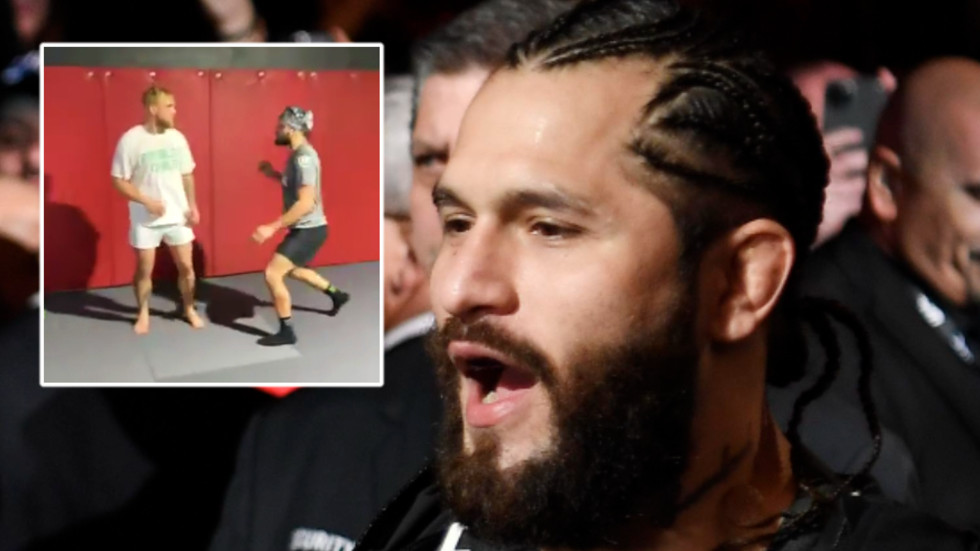 Viewers have rounded on Jorge Masvidal to accuse the UFC veteran of a lack of integrity after Jake Paul, the YouTuber who will take on one of his former victims next month, released footage of a training session between the pair.

When his boxing bout with former UFC fighter Ben Askren was announced earlier this week, rookie pugilist Paul vowed to inflict an even quicker defeat than Masvidal did on the man known as “Funky” when he him in just five seconds at UFC 239 in July 2019.

Now the two-fight professional, who will defend his perfect record against a professional combatant for the first time when he meets Askren on April 17, has shared a snapshot of himself being taught to advance and throw a punch by Masvidal – and “Gamebred” has earned ample derision for involving himself in the training camp for a fight that many consider a stunt.

“I don’t get Masvidal at all,” reacted one watcher after seeing the footage from a gym. “Dude, you are helping the YouTuber beat the MMA fighter? Like, why?”

He knocked out my opponent @benaskren in 5 seconds and now will help me do it in less time.. @gamebredfighter is teaching me his secrets… April 17th the fight will last less than 4 seconds and then we coming for @natediaz209 pic.twitter.com/IQWeyqh5oj

Float like a butterfly, sting like a bee, I know it burns when @jakepaul takes a pee!! pic.twitter.com/gc2onowruM

Another less restrained critic admitted: “I love Masvidal still but I wish he wasn’t helping this f*cking dork.”

24-year-old loudmouth Paul made a tasteless offer to Conor McGregor in which he promised the ex-UFC champion $50 million to fight him, but he withdrew the offer and was seen partying on a yacht in the wake of the Irishman’s surprise knockout defeat to Dustin Poirier on Saturday.

Paul poleaxed former NBA star Nate Robinson on the undercard of Mike Tyson’s draw with Roy Jones Jr in November in a mismatch that many took as proof of his lack of credibility as a professional boxer.

“He knocked out my opponent, Ben Askren, in five seconds and now will help me do it in less time,” Paul told his millions of social media followers about his alliance with Masvidal.

“[Jorge] is teaching me his secrets. April 17th, the fight will last less than four seconds and then we are coming for [UFC fighter] Nate Diaz.”

Askren described Paul and his partners as “freaking dorks”. “Float like a butterfly, sting like a bee,” he added alongside his own training video. “I know it burns when Jake Paul takes a pee.”

This is a boxing match, you need to bring in legit boxing coaches and sparring partners. Ben might not be a great striker, but he's a real fighter. You drop both hands and run in like that and you'll be the one waking up.

I thought MMA guys were bums now ur training with a guy with double digit losses?

Many observers questioned Paul’s technical ability. “I’m not sure I like the footwork,” said a more detailed analysis.

“Looks sloppy and perhaps even unco-ordinated. This could be used against you real quick if anybody pops up any surprises at the wrong time.

“Also weakens your actual attack, since you have no leverage on your back foot when delivering a punch.”

Me trying to hold onto my respect for Masvidal pic.twitter.com/983mobQZCv

I'm not sure I like the footwork. Looks sloppy (and perhaps even uncoordinated). This could be used against you real quick if anybody pops up any surprises at the wrong time. Also weakens your actual attack since you have no leverage on your back foot when delivering a punch.

Literally Jorge KOd Darren Till with the same exact move

Others pointed out that Masvidal was showing him some of the tricks of the trade by demonstrating the “stutter step” that helped him to beat Darren Till in 2019.

“Jorge literally knocked out Darren Till with the same move,” said one, reflecting on the second-round victory at Fight Night 147.

Masvidal is thought to be lining up a fight with former UFC interim welterweight champion Colby Covington later this year.

6 killed, scores injured after chemical leak at factory in Georgia