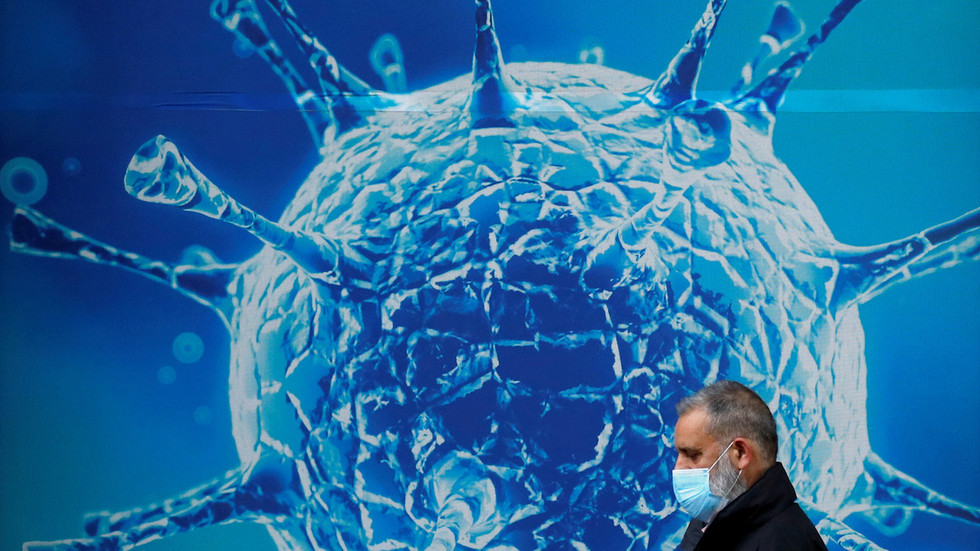 Weekly Covid-19 deaths have started falling across England and Wales for the first time this year as the impact of the UK’s vaccination campaign becomes noticeable. More than 32,000 people died from Covid-19 in the UK last month.

There were 7,320 fatalities registered in England and Wales for the week ending February 5 in which Covid-19 was recorded as the cause of death, the Office for National Statistics (ONS) said on Tuesday.

The figure represents a 13.1 percent drop from the previous week – and the first time that weekly deaths have fallen in 2021. The last time recorded deaths fell was the week ending on Christmas Day, although data from that week is considered incomplete as it contained a bank holiday which may have impacted death registrations.

Covid-19 still accounted for 42.6 percent of all deaths recorded in the week ending February 5, which also represented a drop on the previous week’s figures. The fall in deaths was seen across all regions of England and Wales.

Meanwhile, antibody prevalence testing in England has returned some positive data, with the prevalence in people over 80 soaring to 40.9 percent, up from 25.7 percent two weeks before.

“Antibody positivity rates have increased across all four nations and the effects of the vaccination programmes have begun to appear, especially in the older age groups,” said Esther Sutherland, principal statistician for the Covid-19 Infection Survey which undertakes antibodies prevalence studies as parts of the ONS’s research.

The UK’s Chief Medical Officer Chris Whitty has previously said it will take time for the government’s mass-vaccination programme to have an impact in reducing hospital admissions and virus-related deaths, but the latest figures will provide some cause for optimism after 32,049 died from Covid-19 in January across the UK.

As of Sunday, more than 15 million Britons have received at least one dose of a vaccine against Covid-19.

England, like Wales, Scotland and Northern Ireland, has been in a state of lockdown since early January, after Prime Minister Boris Johnson announced the new raft of restrictions on January 4.

Last week health officials announced that the infection rate in the UK had finally fallen below one for the first time since July, suggesting that case numbers were dropping across the country despite the prevalence of the more contagious variant, B1117, first found in Britain late last year.

Hackers threaten to leak massive trove of ‘before & after’ plastic surgery photos, warn they’re ‘not a pleasant sight’