Home > EUROPE > ‘We were hit 300 times overnight’: UK mum's fight against trolls who targeted her epileptic son, 9, with strobe videos and GIFs 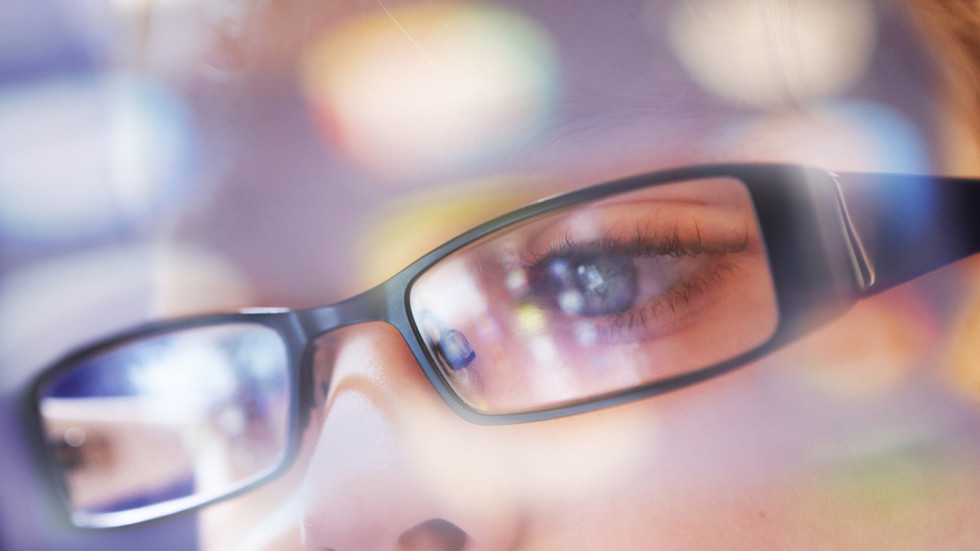 ‘We were hit 300 times overnight’: UK mum's fight against trolls who targeted her epileptic son, 9, with strobe videos and GIFs

The targeting of Zach Eagling has thrown a spotlight on the issue of epilepsy sufferers being attacked online, with the young boy now set to have a law named after him in Britain, aimed at protecting them. RT spoke to his mother.

A disturbing trend is sweeping social media, deliberately endangering the lives of epileptics. Vile trolls are intentionally deluging sufferers with flashing videos, hoping to induce a seizure. The issue is being given more attention due to the sickening attack on Zach Eagling from West Yorkshire in England.

The nine-year-old, who also has cerebral palsy, took on the fundraising challenge of walking 2.6km last year, but twisted trolls used his efforts to bombard him with strobe videos and GIFs.

Speaking to RT.com, his mother Claire Keer explained: “I was blissfully unaware this even happened, until I became involved last year when Zach began the challenge. I only knew when someone from the Epilepsy Society messaged me to say we’d been a target of attacks. They had all been taken down by the time I’d been made aware, so I sort of brushed it off and forgot about it. But then some time after, we got more messages and we’d been hit around 300 times overnight. When I started to see some of them, that’s when it became real.”

Ironically, Zach doesn’t have the photosensitive variety of epilepsy, so they wouldn’t actually have induced a seizure. But there are 20,000 epileptics in the UK who would be vulnerable, and 1.5 million people worldwide, with photosensitivity more common in children than adults. The consequences are severe and potentially deadly.

Claire explained: “You could be walking down the street looking at your phone, so you fall down and bang your head on the ground, or if you’re sitting in a cafe with a hot coffee, if you have a seizure you could end up with burns. When people have a convulsive seizure, they normally lose control of their bladder, so if that happens in public, it’s really degrading and has physiological effects. It can affect them in all sorts of ways.”

Another more practical effect in the UK for adults is that you have to be seizure-free for two years to have a driving license – meaning anyone falling prey to the trolls could potentially lose their employment or their independence.

The Epilepsy Society itself suffered an attack, as trolls go after “shakers” – their degrading moniker for those with epilepsy. This is particularly callous, because epileptics look at the Epilepsy Society’s social media regularly for information about the condition, so it’s a captive and vulnerable audience. One 25-year-old man was affected and bit through his tongue due to a reaction. It’s a growing problem, and calls for something to be done are growing.

Claire is disgusted that it even needs to be confronted. She said: “It’s evil and really callous; it’s also completely unnecessary. I don’t understand the minds of the people who do this. My son is nine but he’s aware of social media, so instead of keeping your children away from it, let’s have an honest talk and make them aware of the dangers. Ignorance isn’t bliss in this kind of situation.”

There are some basic steps that epileptics and their parents and carers can take to help reduce the risk. One is to disable the autoplay function on social media, so videos or GIFs have to be clicked on to start. Another is to report offending accounts, but this has limited success. The issue is most prevalent on Twitter, but it has now spread to other social media including, Instagram; there are even TikTok trends such as “dance like you’re having a seizure.”

Nicola Swanborough of the Epilepsy Society said: “Twitter has been helpful in enabling us to fast track malicious tweets so that they can be removed in a timely fashion. However, this is not tackling the issue at source.

“They need to turn off the tap rather than try to empty the sea with a bucket. We believe the social media companies have the expertise and finance to develop effective algorithms which could easily be employed to make social media safe for all. But there is a real reluctance, across the board, to do this.

“Twitter and several of the GIF libraries have blocked particular search terms around epilepsy and seizures, but the creation of GIFs with flashing imagery seems to be a trend that isn’t going to stop any time soon. This adds an unintentional layer of danger for people with epilepsy from those who share flashing images without intent to cause harm.”

The major push now is to raise awareness. GIFs can be created easily, with some even using clips of pop concerts and the lighting systems of stars like Lady Gaga or Miley Cryus. There is information available for anyone who wants to know how to adjust their settings, and the next stage in tackling the problem is Zach’s Law. It’s a piece of legislation that has been submitted to the British government for inclusion in the upcoming Online Harms Bill. It has yet to come into law, but the intention is to make sure protection for epileptics is included. The Law Commission is currently analysing it and will report back later this year.

Claire said: “Zach’s Law is to have epilepsy included in the Online Harms Bill. There’s lots in the media right now about homophobic and racist abuse, and we’re trying to make people aware that others are affected too and that this can really hurt people.”

If any good has come out of this, it’s that Zach has emulated his hero Captain Tom Moore, who recently passed away. In 2020, the army veteran raised £33 million for Covid-19 relief by walking around his garden 100 times, capturing the hearts of the British population in the process. Now young Zach is doing the same by being a focal point for all epileptics out there, who are being targeted and put at risk.

So how does his mum feel that her son is likely to have a law named after him?

Claire replied: “When they rang me to tell me it would be called Zach’s Law, I burst into tears and I’m really proud of him. We tried to raise £260 in lockdown; we never expected any of this, but it’s amazing to be part of it.”

Shahjahanpur College Student Found With Severe Burns Along Highway In UP: Cops

UK’s Covid-19 vaccine uptake higher than expected, almost everyone in their late 70s gets the jab – health secretary