Home > EUROPE > ‘We have taken back control of laws and our destiny’: Prime Minister Boris Johnson delights in Brexit deal 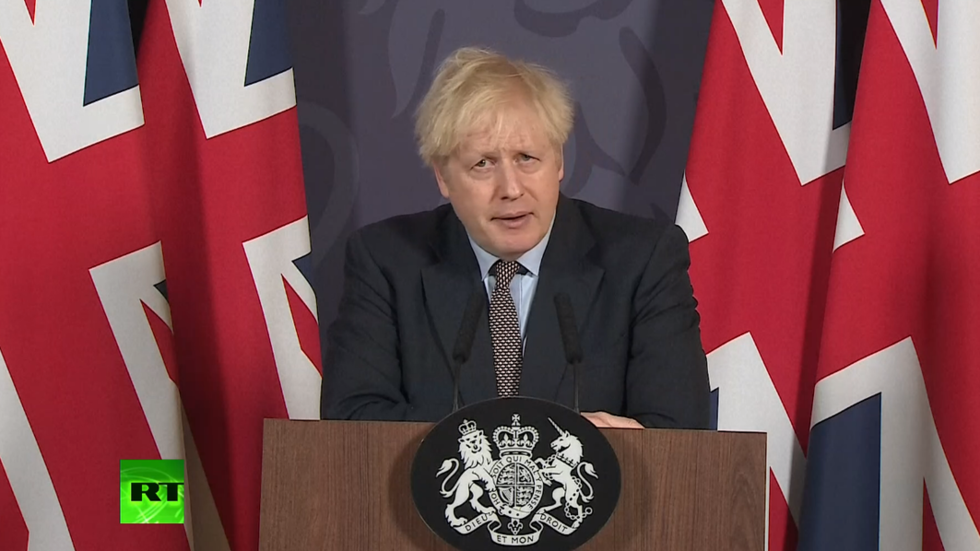 ‘We have taken back control of laws and our destiny’: Prime Minister Boris Johnson delights in Brexit deal

The British Prime Minister has rejoiced in the signing of a long-awaited trade deal between the world’s sixth largest economy and the 27-nation European bloc.

Speaking from Downing Street on Christmas Eve, UK Prime Minister, Boris Johnson praised the work of the “brilliant” negotiating teams who had secured a trade deal between the EU and UK.

Johnson said that the UK had agreed on 58 free trade deals with nations around the world but asserted, “I pleased to say that we have completed the biggest trade deal yet, worth 660 billion pounds a year, a comprehensive Canada-style free trade deal between the UK and the EU.”

The PM claimed that the deal would protect jobs by allowing British goods and services to be sold in the EU without tariffs and quotas. Johnson said the government has now delivered on the thing that the British people had overwhelmingly voted for.

We have taken back control of laws and our destiny.

The PM rejoiced as he announced that the UK would have full control of British waters from 2021. “For the first time since 1973, we will be an independent coastal state,” he claimed.

Johnson added that the UK will be “dynamic and prosperous” outside of the customs union, claiming that it was not a “bad thing” for the EU to have a thriving Britain on its doorstep.

“We have finally found an agreement, it was a long and winding road, but we have got a good deal to show for it” von der Leyen said. “It is a good deal for both sides.”

Barnier said it was a “day of relief” but one tinged by “some sadness.”

Negotiators had been at an impasse for months with EU access to Britain’s fish-rich waters and state aid being areas of disagreement. If an agreement wasn’t reached by the negotiating parties, the UK’s existing free trade arrangement with the EU would have expired on December 31.

There were fears that a ‘hard divorce’ would cause chaos in the UK, with the government even urging Brits to keep calm and avoid panic buying.