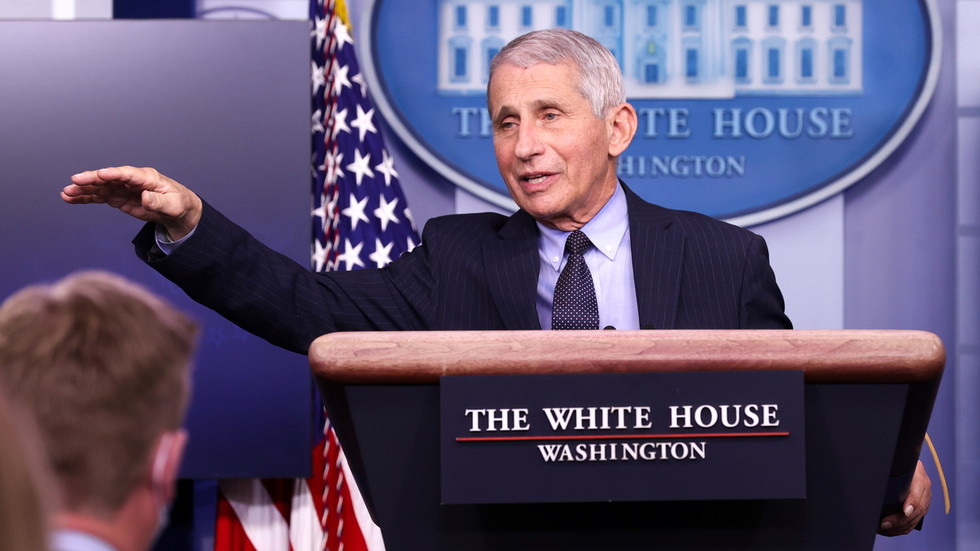 ‘We are absolutely not starting from scratch!’ Fauci BUSTS ‘source-based’ CNN report on Covid-19 vaccine rollout

Despite a CNN report claiming there was no Covid-19 distribution plan in place for Joe Biden’s administration, Dr. Anthony Fauci contradicted the claim during a White House briefing.

The report was already earning pushback on social media as it didn’t seem to align with reality since before Biden took office, tens of millions of Americans had been vaccinated and distribution was ongoing.

According to CNN, however, there was no plan in place and the Trump administration was nothing short of a disaster when it came to getting vaccine doses out.

“There is nothing for us to rework. We are going to have to build everything from scratch,” one ‘source’ said in the report. Another one of these ‘sources’ claimed the lack of a plan in place was just further affirmation of “complete incompetence.”

The report appeared to be shot down by Fauci during a Thursday press briefing when he directly contradicted the ‘sources.’ Asked if the Biden administration really was “starting from scratch,” Fauci said, “We certainly are not starting from scratch because there is activity going on in the distribution.”

Dr. Fauci contradicts reports that the new administration is starting from scratch on vaccine distribution:

"We certainly are not starting from scratch because there is activity going on in the distribution." pic.twitter.com/luMbsgctPK

He went on to praise Biden and say he is “amplifying” efforts to get the vaccine distributed.

Considering the contrast between Fauci’s words and CNN’s report, many were left wondering: who exactly are CNN’s reliable sources?

“It seems like either this reporting from @CNN or Dr. Fauci is wrong, and I can only envision an incentive for one of these two to play fast-and-loose with the truth at this point,” journalist Drew Holden tweeted.

“Fauci just contradicted the CNN report saying no, the Biden administration is not starting from scratch on vaccines. So I expect CNN to retract or fix their report. Unless Fauci is lying?” asked writer Stephen Miller.

It seems like either this reporting from @CNN or Dr. Fauci is wrong, and I can only envision an incentive for one of these two to play fast-and-loose with the truth at this point. pic.twitter.com/WoBhvvsxiS

Goaded by media reporters to mainly discuss the benefits of working with the Biden administration over Trump’s, Fauci did fit in digs at the former president, whom he publicly feuded with on multiple occasions.

During Thursday’s briefing Fauci also said a “degree of normality” can be reached by the fall in the US if 70 to 85 percent of people are vaccinated.

Senegal's Dakar Fashion Week: The catwalk in a baobab forest

China becomes only major economy to record growth during pandemic

'He should be SACKED': Fan fury after football ace cops ban for spitting in opponent's face amid COVID-19 surge in Germany (VIDEO)