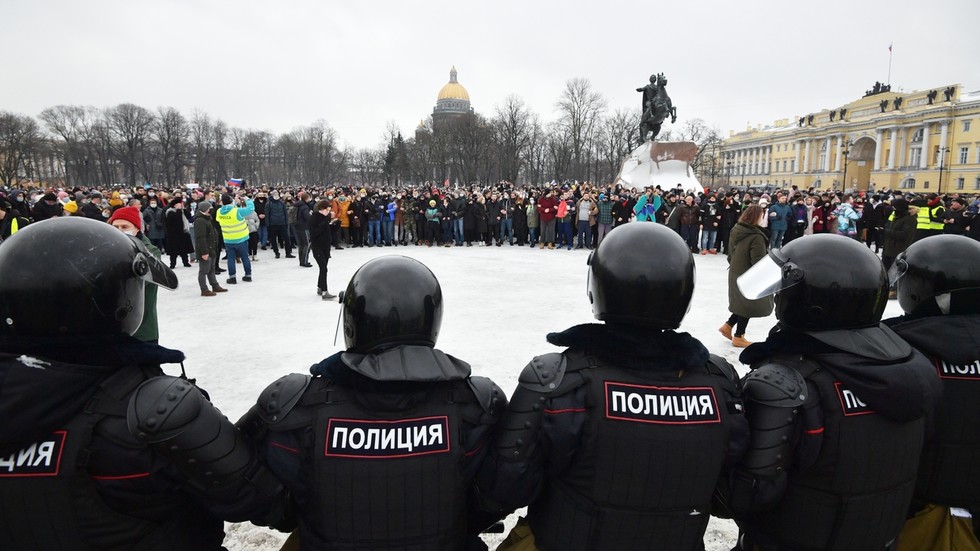 An unidentified man was filmed striking a police officer in St. Petersburg, Russia, where protesters were reportedly detained at an unsanctioned rally in support of jailed anti-corruption activist Alexey Navalny.

An officer in a bright yellow vest that is typically worn by traffic police was filmed in the middle of what appears to be an argument with a man who was walking down the road. The man suddenly delivers a powerful punch, knocking the officer to the ground.

As the assailant walks way, another officer runs up from behind and pushes him. A metal police barricade can be seen lying on the road and sirens are heard in the background.

It is not clear what started the conflict, but it is possible that the man was asked to step away from the road. It is also not clear whether the attacker was a protester.

The incident occurred as supporters of jailed opposition figure Alexey Navalny have been staging unsanctioned rallies across Russia. The organizers failed to obtain permits for public gatherings due to Covid-19 restrictions.

There have been clashes with police, and protesters have been detained in several cities, reportedly including St. Petersburg.

On January 17, Navalny returned to Moscow from Germany, where he was receiving medical treatment for an alleged poisoning. He accused the Russian secret services of trying to kill him with the nerve agent Novichok. The Kremlin has denied this.

Sturgeon not ‘ecstatic’ about Johnson’s Scotland trip, questions whether the PM’s visit is ‘essential’ travel