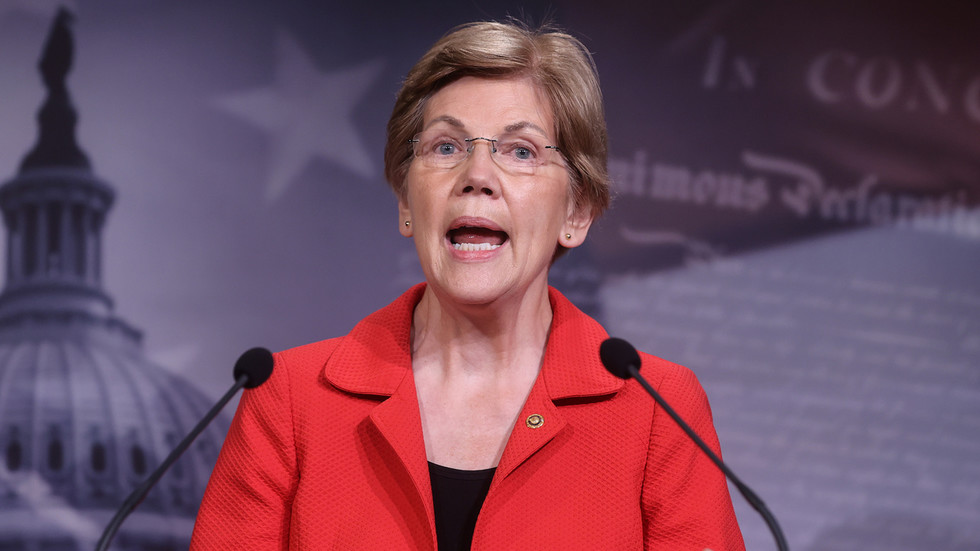 Sen. Elizabeth Warren (D-Massachusetts) is demanding action from the Security Exchange and Commission (SEC) to address the recent surge of GameStop, AMC, and other stocks based on buyers motivated by a subreddit group.

“Casino-like swings in stock prices of GameStop reflect wild levels of speculation that don’t help GameStop’s workers or customers and could lead to market instability,” Warren wrote in a Friday letter addressing controversy on Wall Street.

Warren, long painted by herself and supporters as a critic of Wall Street, said the “swing” in value for companies like GameStop is “yet another example of the gamesmanship that interferes with the ‘fair, orderly, and efficient’ function of the market.”

The senator says the SEC must “act to ensure that markets reflect real value, rather than the highly leveraged bets of wealthy traders or those who seek to inflict financial damage on those traders.”

She wants a response by February 11 and for the agency to “improve its enforcement capabilities.”

Casino-like swings in stock prices of GameStop reflect wild levels of speculation that don’t help GameStop’s workers or customers and could lead to market instability. Today I told the SEC to explain what exactly it's doing to prevent market manipulation. https://t.co/NWaZe1jFVb pic.twitter.com/MAbjHcq47i

Others have also criticized the wild fluctuations in stock and questioned the motivations behind it and asked for the SEC to get involved. Even without the enforcement agency, though, individual buyers have seen their ability to buy stock temporarily disabled and limited by trading app Robinhood, an action that has drawn criticism from both liberal and conservative lawmakers and pundits, arguing individual buyers flooding stocks does not equate to market manipulation.

Warren has been accused by critics on social media of turning on the “little guy” and siding with Wall Street insiders.

“It sounds like Warren is trying to protect the hedge funds,” podcaster Tim Pool added.

While you have people like @AOC @tedcruz @RashidaTlaib and others outraged at the attack on retail investors by platforms like @RobinhoodApp, you also have @SenWarren attacking these investors in an attempt to disenfranchise everyday investors and give more power to hedge funds https://t.co/ev3AKIYMbq

Are you saying "I asked Wall St to figure out how to stop the common person from screw up our stock prices?" https://t.co/gpqkXP7ZfO

Warren protecting her financial elite buddies who donate millions to her. Wake up folks. https://t.co/qaMAAhRpMA

Warren doesn't give a damn about the little guy. For her, it's all about large corporations (so the people she attacks in public but is actually tight with) https://t.co/7eZgY6BdkG

The SEC said on Friday they are “closely monitoring the extreme price volatility of certain stocks’ trading prices over the past several days” and reviewing “actions taken by regulated entities that may disadvantage investors or otherwise unduly inhibit their ability to trade certain securities.”

'If Liverpool were top of the Premier League, Klopp wouldn't speak about penalties!' Man United legend Kanchelskis to RT

‘A long way to go’: Klopp and Solskjaer both focused on victory as Liverpool and Manchester United prepare for epic clash

14 leaders of MS-13 gang indicted on terrorism charges in US, including 3 ‘armed and dangerous’ men still at large

Trinamool Congress Leaders Break Down In Tears After Being Dropped, Protests In Few Areas