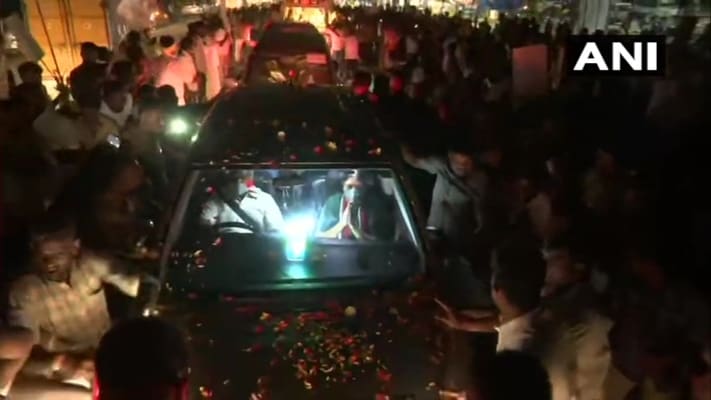 She reached Kanchipuram around midnight where the leader was welcomed by the party cadres.

Earlier on Monday morning, she left for Tamil Nadu from the Bengaluru hotel where she was staying after being discharged from the hospital. VK Sasikala returned to Tamil Nadu after completing her quarantine in Bengaluru, where she will stay at her niece J Krishnapriya’s residence in Chennai’s T Nagar area.

The AIADMK leader was discharged on January 31 from Bengaluru’s Victoria hospital where she was undergoing COVID-19 treatment. She has been in quarantine since then. She was officially released from judicial custody on January 27 after completing her four-year prison sentence in a disproportionate assets case.

In 2019, the Income Tax Department had attached properties worth Rs 1,600 crores belonging to her under the provisions of the Benami Transactions (Prohibition) Act. (ANI)