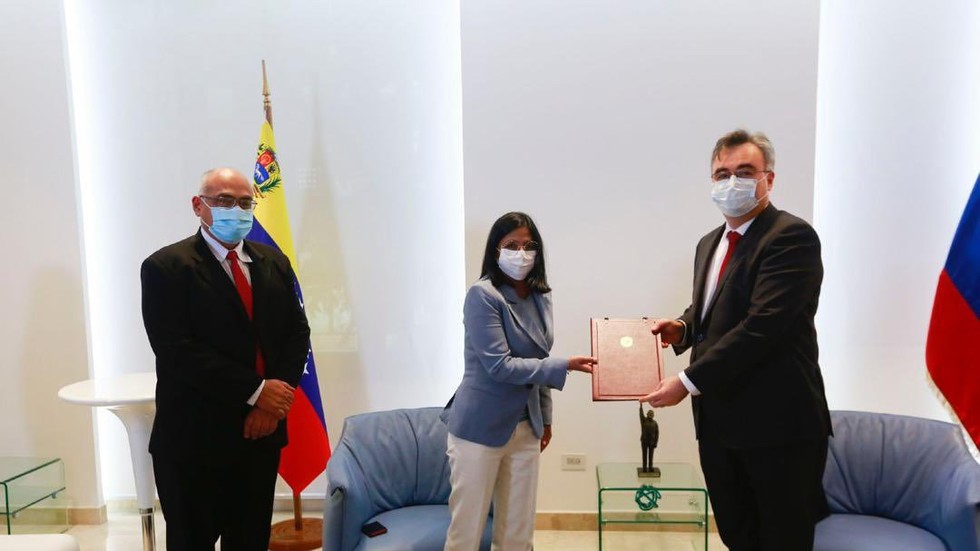 President Nicolas Maduro of Venezuela announced that Russia will deliver the Sputnik-V jab to some 10 million people, saying he hopes to finish the first round of vaccinations in the first three months of 2021.

Announcing the deal in a televised speech on Tuesday, Maduro said that the vaccine would be “distributed free of charge to the entire population living in the country, be they Columbians, Portueguese, Italians, Venezuelans,” while taking aim at Colombia’s plan to exclude some 900,000 Venezuelan migrants from its own vaccination drive.

Colombia’s President Ivan Duque defended the move, saying that he was prioritizing Colombia citizens over other countries’ nationals, and drew accusations of xenophobia from the opposition as well as from Maduro.

The Venezuelan president said that the newly signed deal to procure 10 million Sputnik-V doses was a result of “months of serious and responsible work”, extending gratitude to the Russian leadership for enabling the mass vaccination campaign in the country.

“I thank President Putin for this important step in the beginning of mass vaccination in Venezuela,” Maduro tweeted.

Venezuela became the first nation in the western hemisphere to participate in the post-approval trial of the vaccine, when the first containers with Sputnik-V arrived back in October.

Maduro noted that the phase III trial has proven to be a success, saying that no adverse reactions from the vaccine have been observed in the country so far.

Vice President Delcy Rodríguez, who participated in the signing of the contract, also hailed the vaccine as being “very safe” and vowed to set the inoculation campaign in motion “as soon as possible.”

“No criminal blockade will undermine the sacred right of our people to access the vaccine,” she tweeted, referring to the sweeping US sanctions.

While touting the vaccination as a milestone in the fight against Covid-19, Maduro cautioned against premature celebrations, urging the public to stay vigilant and follow hygiene rules.

“The vaccine will undoubtedly be an important response … but the main battle is to take care of ourselves, everything we have learned in the culture of biosecurity is here to stay,” he said.

CEO of the Russian Direct Investment Fund (RDIF) that sponsors the production of Sputnik-V, Kirill Dmitriev, said on Tuesday he hopes to start shipping the inoculations without delay. He noted, however, that the delivery of 10 million doses to the Latin American nation might take half a year or even longer.

North Korea defectors: Why it's getting harder to escape