Home > WORLD > US demands Myanmar’s military immediately reverse its takeover, as Rohingya community calls for democracy to be restored 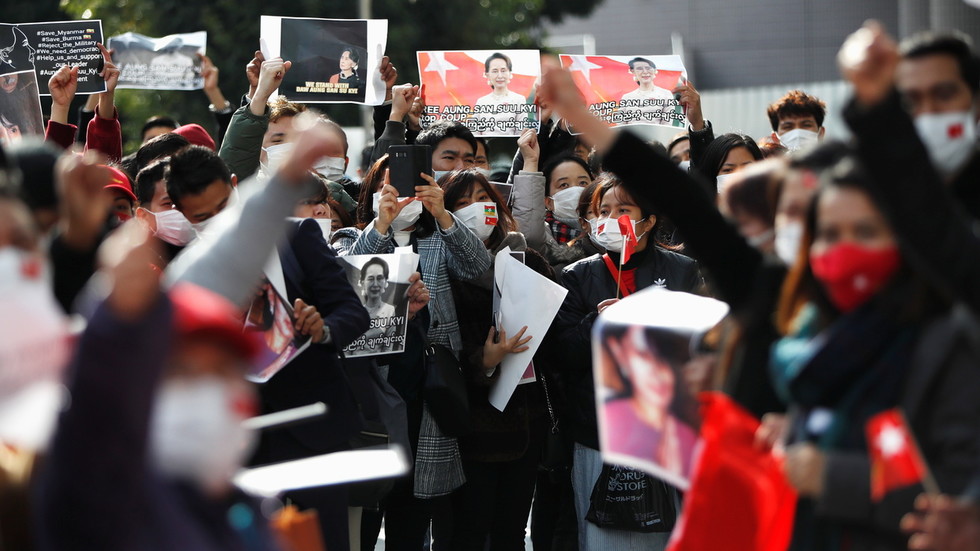 US demands Myanmar’s military immediately reverse its takeover, as Rohingya community calls for democracy to be restored

Washington has demanded the immediate release of government officials in Myanmar after de-facto civilian leader Aung San Suu Kyi and others were reportedly detained by the military ahead of the first meeting of the new parliament.

“The United States expresses grave concern regarding reports the Burmese military has detained multiple civilian government and civil society leaders. The military must reverse these actions immediately,” US Secretary of State Antony Blinken said in a statement on Monday.

He called on the military leaders to “respect” the results of Myanmar’s November 8 election, which saw Suu Kyi’s National League for Democracy party securing an absolute majority in a blow to the military-backed Union Solidarity and Development Party.

The move by the Myanmar military to declare a state of emergency, citing allegations of voter fraud, drew stark condemnation from the UN as well. The secretary general’s spokesman, Stephane Dujarric, denounced the takeover in the name of election integrity as “a serious blow to democratic reform,” urging “all leaders” to promote democracy through “meaningful dialogue,” while at the same time steering away from violence.

One of the Rohingya community leaders in Bangladesh, which currently hosts around 860,000 refugees from Myanmar’s ethnic minority, has issued a call to the international community to take urgent action in view of the events.

“We urge the global community to come forward and restore democracy at any cost,” Dil Mohammad, who represented Rohingya Muslims in repatriation talks with the Myanmar government, said, as cited by Reuters.

The 2017 crackdown by the Myanmar military sparked a mass exodus of Rohingya to neighboring countries, with the majority of the refugees settling in Bangladesh camps. The military campaign prompted accusations of ethnic cleansing and genocide, which were denied emphatically by the Myanmar government. Suu Kyi, who rose to prominence as a champion for democracy and an international icon for peaceful resistance, came under fire after she effectively sided with her country’s military, dismissing accusations at the International Court of Justice in the Hague in December 2019. Although the 1991 Nobel Peace Prize Winner admitted that “disproportionate force” might have been used towards the minority, she insisted that the campaign was aimed at “insurgents” and “terrorists,” and not an ethnic group.