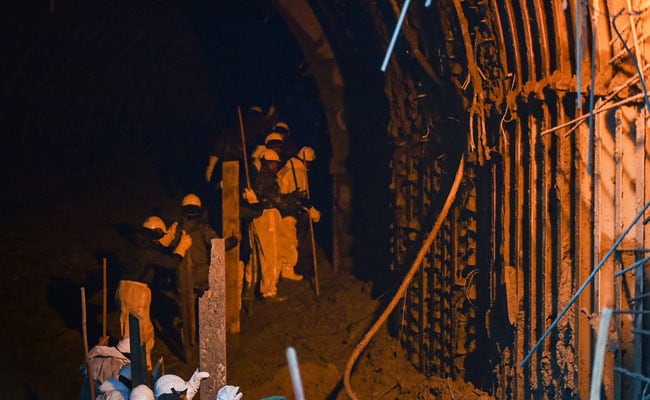 The US has condoled the loss of lives due to the avalanche caused by a glacier burst.

The US has condoled the loss of lives due to the avalanche caused by a glacier burst in India’s Uttarakhand state and extended wishes for a speedy recovery of those injured.

“Our thoughts are with our Indian friends and partners during this challenging time. We extend our deepest condolences to the family and friends of the deceased, and we hope for a successful rescue effort and a speedy and full recovery for the injured,” Ned Price, spokesperson of the Department of State told reporters.

A portion of the Nanda Devi glacier broke off in Uttarakhand’s Chamoli district on Sunday, triggering an avalanche and a deluge in the Alaknanda river system that washed away hydroelectric stations and trapped more than 100 labourers who are feared dead.

Twenty-six bodies have been recovered and 171 people still missing as multiple agencies worked at rescuing over 30 workers feared trapped in a tunnel at a power project site.

Congressman Tony Cardenas also expressed his concerns for the people suffered in the incident.

“Praying for the people of India,” he said in a tweet.

“We are witnessing the devastating effects of climate change. This is not a crisis we can ignore. This now deserves a response,” he added.

Some US Pharmacies Will Offer COVID-19 Vaccines From February 11