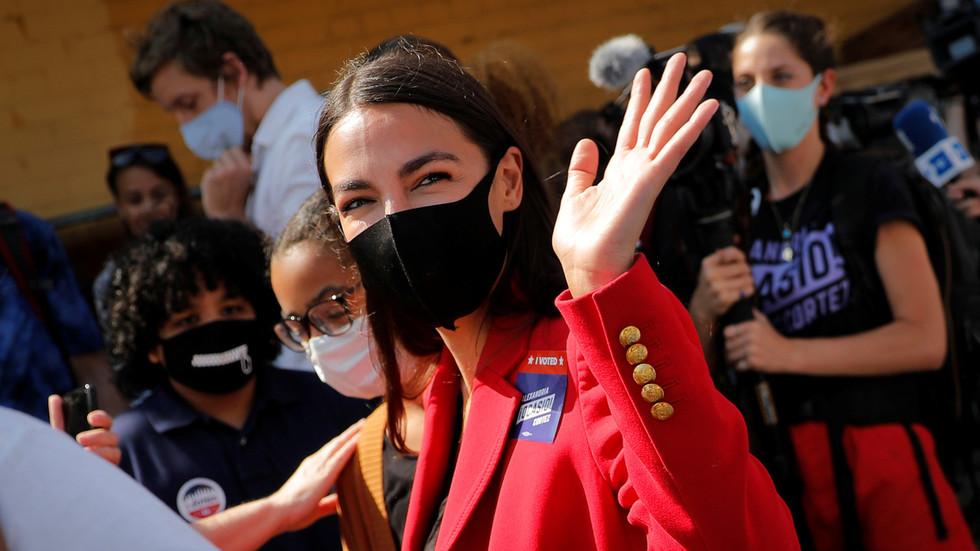 US Capitol protester charged with threatening to ‘assassinate’ AOC

The Department of Justice has announced new charges for a Texas man who took part in the US Capitol riot on January 6 and had posted a message about assassinating Rep. Alexandria Ocasio-Cortez (D-New York).

Garrett Miller is facing five criminal charges, including “knowingly entering or remaining in any restricted buildings or grounds without lawful authority.”

On top of his participation in the Capitol siege, Miller is in legal trouble for posts he made online during and after the riot that ended up leaving five dead, including one officer.

“Assassinate AOC,” he wrote in one message, according to the DOJ.

Miller also threatened the officer who shot and killed protester Ashli Babbitt, an act that was caught on camera. Miller said the officer “deserved to die” and that he wouldn’t live long because it was “hunting season.”

Miller was open about his involvement in the riot, posting a selfie of him in the Capitol to Facebook, joking that he wanted to “incriminate” himself.

“Well, you did,” Ocasio-Cortez tweeted in direct response to the photos and his arrest.

“On one hand you have to laugh, and on the other know that the reason they were this brazen is because they thought they were going to succeed,” she added.

“Just wanted to incriminate myself a little”

Miller’s lawyer, Clint Broden, called the threat to the congresswoman from his client an “inappropriate comment made in the heat of the moment.”

“His social media comments reflect very ill-considered political hyperbole in very divided times and will certainly not be repeated in the future. He looks forward to putting all of this behind him,” Broden added, saying his client “regrets” taking part in the protest.

Miller also posted to social media days before the riot and said “civil war could start.”

“I am about to drive across the country for this trump s**t. On Monday… Some crazy s**t going to happen this week. Dollar might collapse… civil war could start… not sure what to do in DC,” read one Facebook post from January 2.

In an alleged Facebook chat on January 15, Miller also wrote he was “happy to make death threats.”

Miller is one of numerous individuals that has been identified and arrested by authorities for their participation in the riot. A bail hearing for Miller is scheduled for Monday.

Ocasio-Cortez has detailed her experience on the day of the Capitol riot and said she feared for her life, but not just from the protesters. The congresswoman claimed she was scared some of her “white supremacist” colleagues in Congress were going to hand her over to the protesters. She doubled down on this when she revealed this week that she skipped Joe Biden’s inauguration partly due to “security concerns” and fear of other congressional members.

Biden: 'Erratic' Trump should not get intelligence briefings

Austria to ease Covid-19 lockdown by opening schools and shops, while tightening borders to hinder arrival of new variants