Home > EUROPE > UK's Boris Johnson cautions against booking summer holidays, says it's too early to predict what Covid-19 rules will allow by then 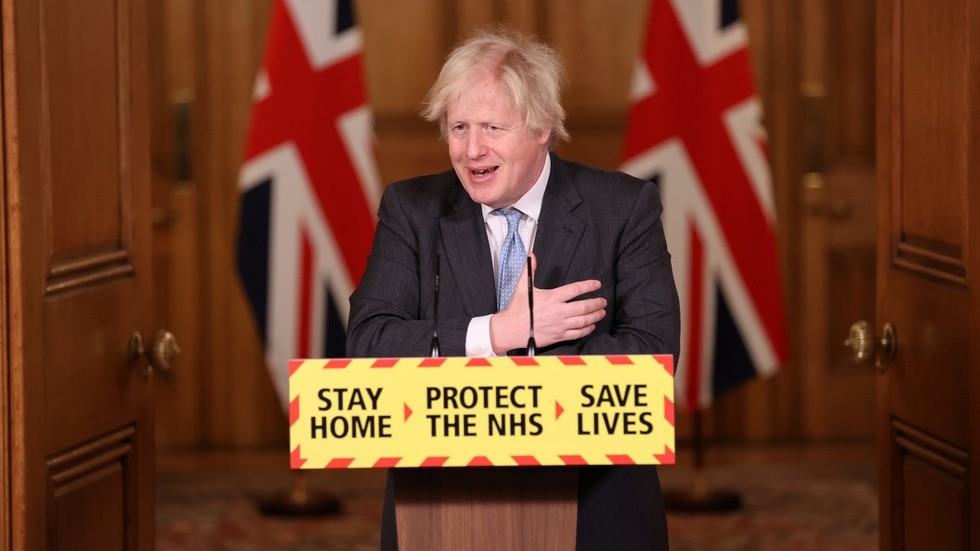 UK's Boris Johnson cautions against booking summer holidays, says it's too early to predict what Covid-19 rules will allow by then

Beleaguered Brits weary of Covid-19 lockdowns shouldn’t pin their hopes on being able to venture out for summer vacations, even domestically, as UK Prime Minister Boris Johnson is warning that it’s too soon to book such trips.

“I am afraid it is just too early for people to be certain about what we’ll be able to do this summer,” Johnson said on Wednesday in a Downing Street press briefing. “I understand why people want to make plans now, but we’re just going to have to be a little bit more patient.”

Johnson and the government’s chief scientific officer, Patrick Vallance, emphasized the importance of emerging cautiously from the UK’s latest pandemic lockdown to avoid having to retreat again. Brits were free to travel last summer, after being locked down in the spring, but Covid-19 cases spiked in December and January, pushing the UK’s per capita death rate from the virus to the highest in the world.

The prime minister plans to release a Covid-19 exit strategy during the week of February 22 and is banking on two more weeks of data to help provide clarity on recovery plans. There were more than 9,000 Covid-19 deaths in the UK in each of the last two weeks of January, according to government data.

Johnson is sounding a cautious tone, much to the chagrin of the UK travel industry, despite three approved Covid-19 vaccines already being available in the country. More than 13 million people have received their first vaccine dose.

“We had summer holidays last year, when we didn’t have a vaccine,” Conservative MP Charles Walker told BBC Radio. “Now we’ve got vaccines coming out of our ears, we are told, ‘Don’t book a summer holiday,’ for crying out loud.”

But Transport Secretary Grant Shapps said restrictions on international holidays will be influenced not only by the success of vaccine programs in the UK, but also in other countries, “because people will be going outside our borders.”

Man Sentenced To Death For Rape, Murder Of 5-Year-Old Girl In Assam

Concerted Effort By Some To Regard Muslims As ''Others'': Hamid Ansari

Get Well Boris Johnson Hashtag #GetWellBoris is Trending on Twitter