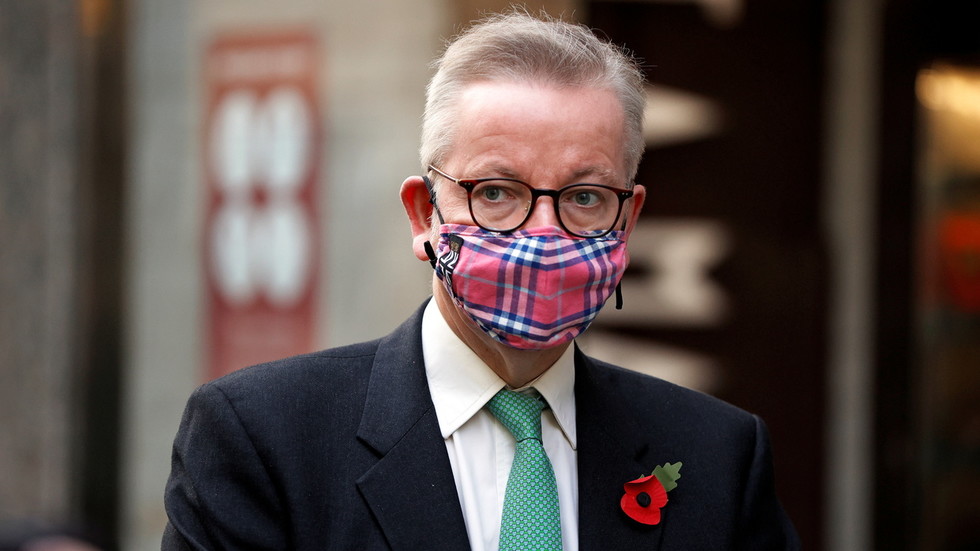 Regulatory approval of a vaccine candidate developed by Oxford University and AstraZeneca could relax the lifting of Covid-19 curbs in the country, cabinet office minister Michael Gove has said.

Once the independent regulator has assessed and approved it, Gove said on Monday, there would be a “significant increase” in vaccine availability.

“If we do get the authorization for that vaccine, and the rollout goes according to plan, then we will be able to progressively lift some of the restrictions which have made life so difficult for so many,” the minister said, speaking on Sky News. Britain has already started an inoculation campaign, with health authorities rolling out the Pfizer-BioNTech vaccine.

After a new, more contagious strain of coronavirus was detected, the government put more communities in England under Tier 4 restrictions – the highest level of curbs. However, schools have been allowed to remain open. There have been calls for next week’s return to the classroom of primary-school children and of pupils of secondary-school age who are sitting exams this academic year to be delayed. The government is keeping such decisions “under review,” Gove noted.

“Our plan is that primary schools will go back, but, with secondary schools, it will be the case that, next week, only children in Year 11 and Year 13 – those who are doing their GCSEs, their BTECs, their A levels  – will go back.” This plan also applies to the children of key workers and pupils whose particular needs require the school’s support and care, he said, clarifying that, this additional cohort aside, “other children in secondary schools won’t go back for a week after that.”

Does yoga have a conspiracy theory problem?

‘Journalists should be worried’: UK court’s ruling was victory for Assange but not for journalism, former Ecuadorian consul warns