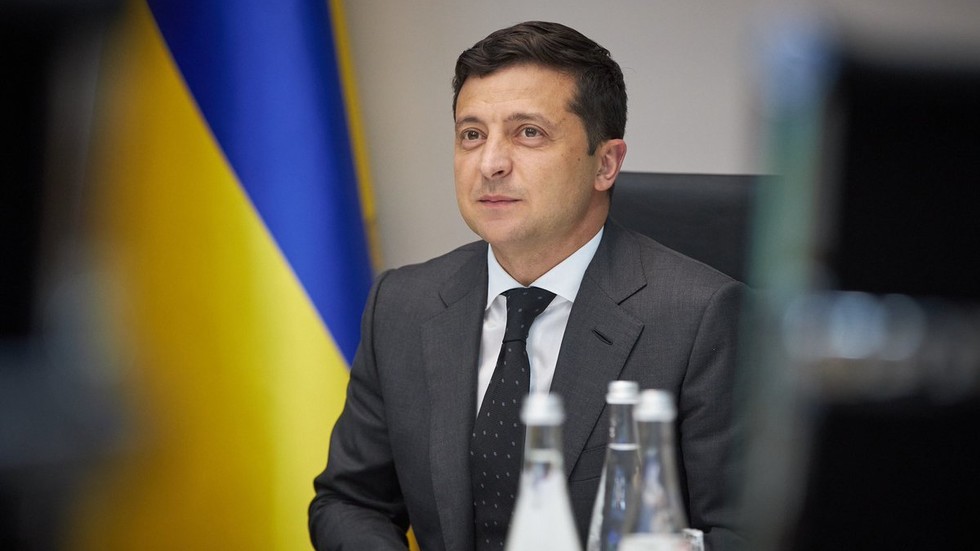 Ukrainian President Volodymyr Zelensky has called for an investigation after unconfirmed reports emerged that Covid-19 vaccines were being illegally brought into the country and sold to VIP clients for highly inflated prices.

Officially, Kiev has no doses of any coronavirus vaccine, but it has made a deal with China to buy 1.9 million and hopes to receive a further eight million from the World Health Organisation’s COVAX facility, designed to give out jabs to poorer nations.

Writing on his Telegram channel, the Ukrainian president revealed that he had ordered law enforcement to look into the alleged illicit supply channel.

“There must be a penalty for smuggling and counterfeiting,” he said.

Zelensky’s comments came a day after Kiev-based news site Strana reported that a clinic in the capital was performing secret vaccinations for VIP clients. Upon hearing the rumor, a Strana correspondent visited ‘Mediland’ under the guise of a being a potential client, and they were told that a separate company rents out a room for administering jabs.

On Tuesday, the outlet reported that several Ukrainian officials and businessmen had been vaccinated at the clinic for a price of between 1,000 and 3,000 euros, supposedly with the formula created by German company BioNTech and American pharma-giant Pfizer. While the vaccines’ origin is not known, some media sources suggest that they were flown in on board a charter plane from Israel.

“Rumors about this have been going around for about a week,” Strana quoted infectious diseases doctor Olga Golubovskaya as saying. “How this vaccine is delivered is anyone’s guess… the [Pfizer] coronavirus vaccine has a storage temperature of minus 70 degrees.”

Despite Ukraine struggling to battle coronavirus, Moscow’s offer of help in the form of the Russian-made Sputnik V vaccine has been repeatedly rejected. Last month, Zelensky revealed his frustration at the US for imposing a Covid-19 vaccine export ban, meaning that Kiev won’t be able to receive a US-produced jab until all Americans have been inoculated. Speaking to the New York Times, he noted that it is “impossible to explain to Ukrainian society” why the authorities would refuse Russian vaccines while the West refuses to provide them.

Brexit effect: No custard creams for Brits in Europe