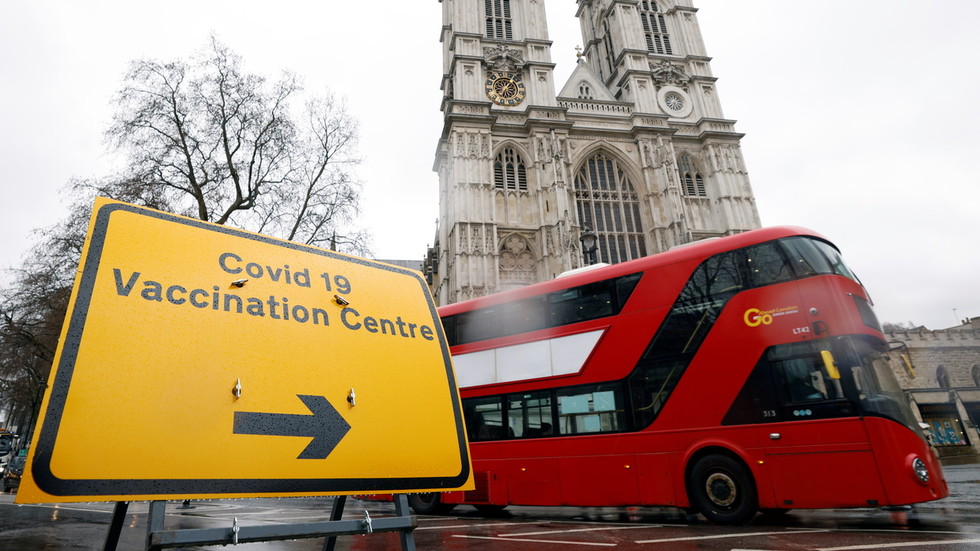 A letter leaked to the UK media has detailed how the country’s oft-praised Covid-19 vaccine rollout could be hit by major supply shortfalls in less than two weeks’ time, with orders for inoculation centres to halt new bookings.

“There will be a significant reduction in weekly supply available from manufacturers beginning in the week commencing 29 March, meaning volumes for first doses will be significantly constrained,” reads the letter, sent on Wednesday by National Health Service (NHS) chiefs to local officials and trusts.

A four-week shortfall is likely throughout April, due to “reductions in national inbound vaccines supply,” the missive continues.

The supply constraint means vaccination centres and community pharmacy-led local vaccination services should close unfilled bookings from March 29 and should not take any further bookings for April, the letter says.

On Wednesday, Health Secretary Matt Hancock officially invited all people aged 50 and over to come forward for the vaccine, with those aged 49 and under eligible for the vaccine only in “exceptional circumstances”.

People aged 50 to 55 are the final cohort of nine in the country’s vaccination campaign, the details of which the government announced back in December.

At a coronavirus briefing, Hancock defended the UK’s vaccine rollout, saying the delivery of supplies could indeed be “lumpy”, but the leaked missive was a “normal operational letter”.

“Everybody who is aged 50 and above will be able to get vaccinated by 15 April,” he said in response to questions from the media, reassuring the public that there was “enough supply” and fluctuating vaccine stocks were “par for the course.”

He said the government was committed to giving everyone in the UK a Covid-19 vaccine dose by the end of July, and the supply shortfall would not affect the country’s lockdown exit plan.

More than 25 million people in the UK have now received their first dose of a Covid-19 vaccine, according to government data published on Wednesday.

‘Travel will continue for the rich’: Brits blast reports that they may have to pay for mandatory hotel quarantine after holidays

Cases In Last 24 Hours On April 18; Cases In Delhi, Maharashtra

In Assam, Advance Booking Of Hotels For Congress Amid Poaching Fear: Sources

US, China “Committed To Cooperating” On Climate Crisis: Statement