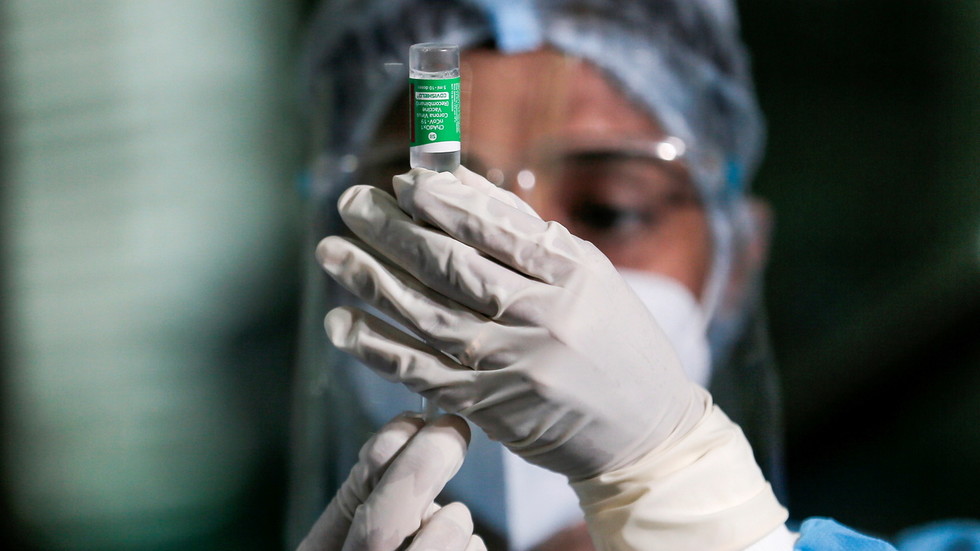 A member of the UK’s inoculation committee has said that “politicians need to understand the science” before they make false claims, after the French president questioned the effectiveness of the AstraZeneca jab in over-65s.

“In my view the politicians need to understand the science before they make utterances like that,” Professor Anthony Harnden of the Joint Committee on Vaccination and Immunisation (JCVI) told Good Morning Britain on Monday.

“This vaccine [AstraZeneca’s Covid-19 jab], from the data, is very very effective against hospitalisations and deaths and nearly 100% effective actually,” he noted.

“It is a really good safe vaccine and any older person that has received it should have absolute confidence that it is a good vaccine.”

“Today we think that it is quasi-ineffective for people over 65,” he told reporters on Friday. “What I can tell you officially today is that the early results we have are not encouraging for 60 to 65-year-old people concerning AstraZeneca,” he added.

On Friday, the European Medicines Agency recommended the vaccine, and the European Commission gave its final approval for it.

However, the EU, AstraZeneca, and the British government engaged in a vicious war of words, with Brussels demanding the drugs company redirect UK-made jabs to make up for a manufacturing shortfall in Europe.

On Friday evening, the row escalated further as the EU said it would be triggering an emergency provision in the Brexit deal to control Covid-19 vaccine exports, including the possible introduction of checks at the border of Ireland and Northern Ireland to prevent shipments entering the UK.

After fierce condemnation from London, Belfast, and Dublin, the EU performed a swift U-turn.

Mumbai coronavirus: Back on board the world's busiest trains

Covid and suicide: Japan's rise a warning to the world?

Ozil and out: Arsenal outcast Mesut Ozil bids farewell – and vows 'no grudges' after ignominious end to life at Gunners