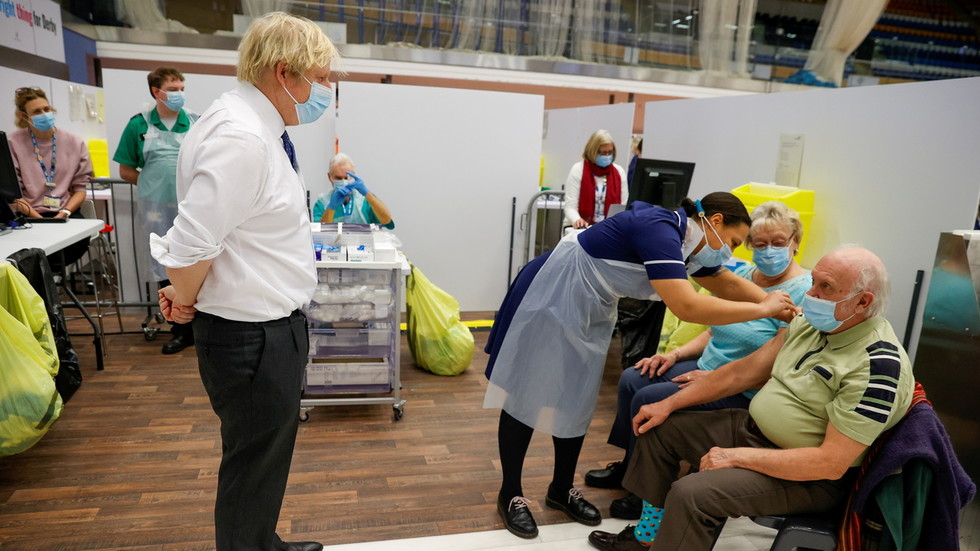 UK needs to ‘get used to idea of re-vaccinating’ later this year amid new British Covid-19 variants, says Johnson

The UK will need to re-vaccinate people against Covid-19 later this year because of new variants of the virus that are potentially more resistant to jabs, Prime Minister Boris Johnson has warned.

“We’re going to have to get used to the idea of vaccinating and then re-vaccinating in the autumn as we come to face these new variants,” Johnson told MPs in the House of Commons.

An MP asked Johnson about the ability of the UK’s vaccine supply chain to “keep pace” with the virus as it mutates.

Johnson said the UK’s recent deal for 50 million doses of the Covid-19 vaccine being developed by German biotech firm CureVac would help the country respond “at scale” to new variants.

The deal comes after the government’s New and Emerging Respiratory Virus Threats Advisory Group (NERVTAG) said on Tuesday it had detected two new home-grown variants of the virus in the UK.

One of the two new strains is a mutated form of the original UK variant – B117 – and has been declared a “variant of concern” after a total of 21 cases had been discovered across Bristol, Manchester and other areas.

Some 42 new cases of the other new variant, which is “under investigation,” have been recorded across Liverpool, Warrington and Lancashire.

Both new variants could prove resistant to jabs because they contain the E484K mutation in the spike protein, which may limit vaccine efficacy, according to the British Medical Journal.

More than 12.6 million people in the UK have now received their first dose of a Covid-19 vaccine, while 500,000 people have had their second dose.

Is High Blood Pressure The Reason Behind Your Headache? Expert Decodes The Link