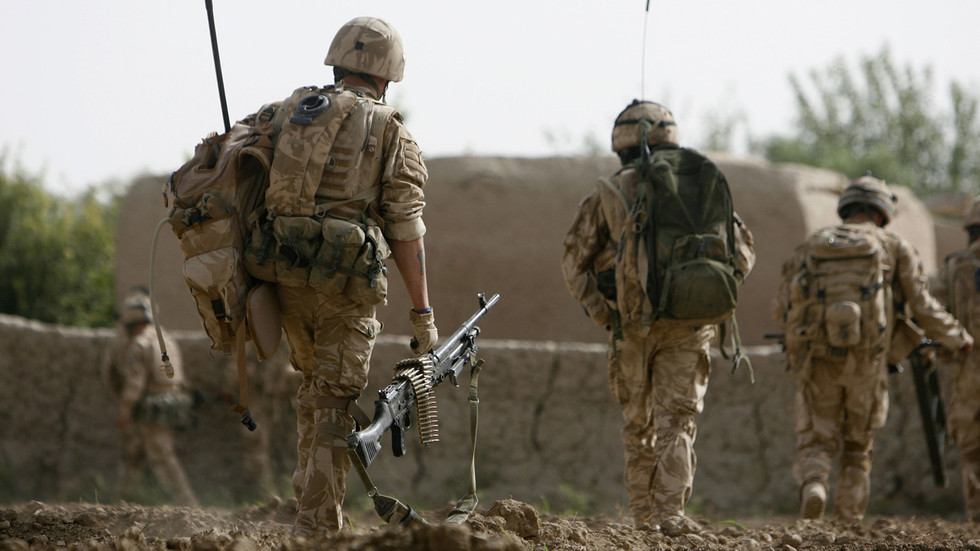 Just 3 PENCE out of every £1 raised by Afghan Heroes went to injured veterans – the rest was squandered running a chain of pubs, an investigation by the UK’s Charity Commission found. It ordered the charity, founded by the parents of a soldier who was killed in an explosion in Afghanistan in 2008, to be shut down.

Afghan Heroes was set up by Denise and Andrew Harris when their son, Corporal Lee Scott, was killed in Helmand province in 2009, one of more than 450 British soldiers killed in the country since 2001.

The charity was supposed to collect money and send “Ammo Cans” – boxes filled with gifts and treats to soldiers still serving in Afghanistan and to injured veterans.

More than 6,600 British soldiers had to be medevaced from Afghanistan over a two-decade involvement there. Some 300 of those are still classified as very seriously injured.

But things quickly started to go wrong for Afghan Heroes.

The commission began to probe the charity in 2013 following complaints from the public and concerns being raised by some of the trustees about how the charity was being run. It had set up retreats for homeless veterans and had envisaged a business model whereby the purchase and running of a network of pubs would financially support services for veterans.

Money raised went towards restoring a series of pubs supposedly as retreats, but they were never suitable for injured veterans. Out of one £3.5 million ($4.8 million) initiative, just 20% ended up in the charity’s coffers. The report says four former trustees collectively received around £348,000 ($479,000) in unauthorized payments. Companies also associated with the trustees received money.

“The public rightly expects charities to make a real positive difference for the people they help or the cause they pursue,” said Amy Spiller, head of investigations at the UK Charity Commission.

They mismanaged the charity, including by receiving personal benefits they were not entitled to. They effectively caused the loss of very significant amounts of charitable funds that should have been spent to support veterans with complex needs.

The watchdog said the former trustees failed to take reasonable care in managing the charity and its finances, and benefitted from their involvement.

The charity’s two founding trustees were removed from their positions in 2015 due to their responsibility for the charity’s failings, resulting in their permanent disqualification from trusteeship and senior management in any charity, the watchdog said. Both have since died.

Night Curfew In Maharashtra From Sunday, Malls To Shut At 8 PM

Piers Morgan says he 'won't be going back' to Good Morning Britain after petitions for his return rack up 200,000+ signatures

Thinking of ‘Bridgerton’ cast or the Kardashians as hot reinforces ‘racial hierarchy’ in the UK, Guardian column argues