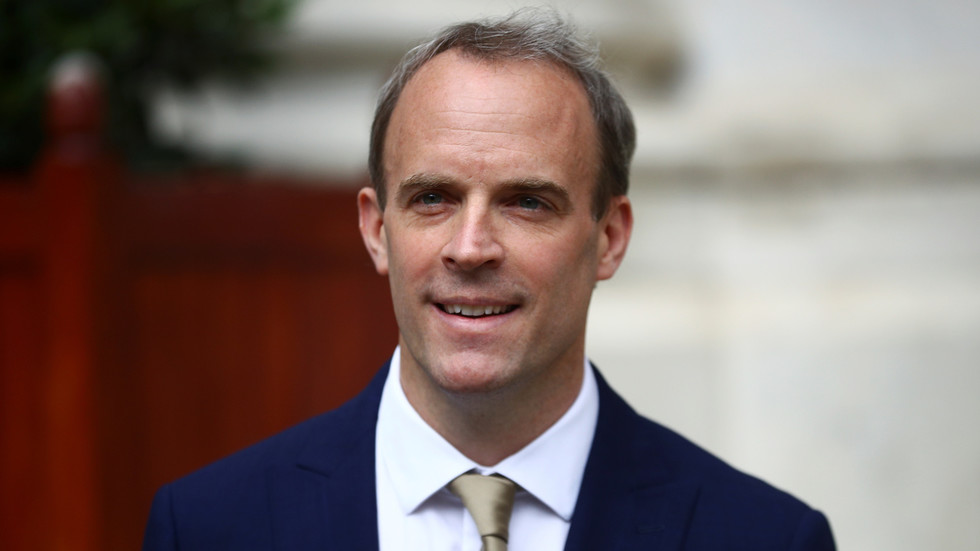 UK Foreign Secretary Dominic Raab revealed that domestic Covid-19 vaccine passports – which would allow only vaccinated Brits to enter shops and other establishments – haven’t been ruled out, despite their controversial nature.

After being asked by LBC radio host Tom Swarbrick whether a “domestic vaccine passport, where you have to show a bit of paper to go into a supermarket” will be implemented by the government, Raab replied, “Well, it’s something that hasn’t been ruled out and it’s under consideration.”

The minister added, however, that it has to be “workable”, and that a key factor of such a system being successful would be for the passports to show a reliable vaccine status.

Raab’s claim that the government is still considering a vaccine passport is contrary to what Covid-19 Vaccine Deployment Minister Nadhim Zahawi said just last week, when he called the concept “discriminatory”.

Asked on Sky News whether the government was considering such a system, Zahawi claimed, “No, we are not.”

Zahawi explained that the government is not considering domestic vaccine passports because, on top of being discriminatory, they do not stop a fully vaccinated individual from still spreading the virus.

“I think the right thing to do is to make sure that people come forward and be vaccinated because they want to, rather than it being made in some way mandatory through a passport,” he said.

UK Transport Secretary Grant Shapps also denied just days ago that the government was working on a domestic vaccine passport, saying the idea was “not on the cards”. Shapps did hint that a vaccine passport system could be used for international travel, however.

Seemingly, the majority of Brits on social media opposed the idea of a domestic passport, calling Raab’s comments “shameful”, “insane”, and “worryingly dystopian”, and questioning which minister was telling the truth.

I'm a little confused here. @nadhimzahawi said this wouldn't happen, now @DominicRaab is saying they are being 'looked at'. Which minster is telling the truth? https://t.co/UVM0PukiLb

I’m old enough to remember Nadhim Zahawi dismissing them as “discriminatory” on Andrew Marr a whole seven days ago. https://t.co/FtqErntUUd

“How can you seriously consider not letting people into a supermarket based on their vaccine/ health status, literally denying them access to food!” questioned one shocked Brit. “This government has completely lost its mind!”

A petition against the government implementing a Covid-19 vaccine passport system received over 100,000 signatures this week.

Next few weeks will be 'worst' of the pandemic despite national lockdown, England’s chief medical officer warns