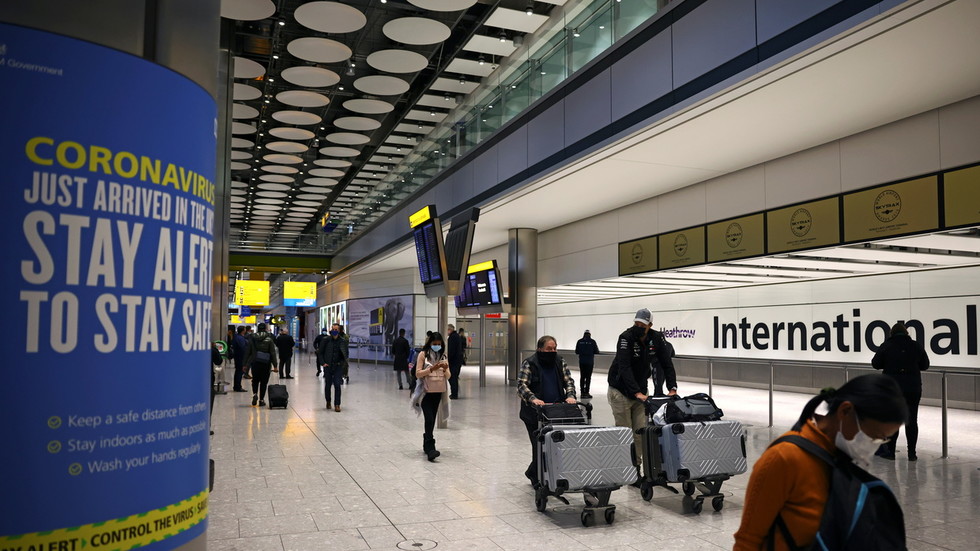 The UK universities minister rejected calls for all international travellers to quarantine in a hotel after returning to the UK, rather than just those arriving from Covid-19 red-list countries, calling the proposal “unfeasible.”

Defending the government during the morning news rounds, Universities Minister Michelle Donelan explained that, while Prime Minister Boris Johnson will “continually evolve our strategies” for containing the virus, the proposed blanket quarantine rule would not be achievable.

That is unfeasible and we have to be realistic about what we adopt and what we do and what is deliverable as well.

Donelan was speaking after Scottish First Minister Nicola Sturgeon backed plans to tighten Scotland’s Covid-19 restrictions, including backing plans for quarantine hotels to try to limit new strains of the virus coming into the UK, urging the government to make it a nationwide rule.Currently, London only plans to enforce a mandatory hotel quarantine for individuals returning from 33 countries that are viewed as high risk.

The Labour Party has stepped up calls on the government to introduce a “comprehensive policy of hotel quarantine for arrivals,” fearing that the current border policies are slow and inadequate at protecting the nation from the virus.

The threat now to all the progress that has been made because of the sacrifice of the British people and the vaccine rollout would be a mutant strain of the virus that emerged from abroad.

The discussion about quarantine measures comes after the UK government announced it would start door-to-door Covid-19 testing in parts of England over fears that a South African strain of the virus could spread rapidly across the country, causing a spike in infections despite the current lockdown measures.

To begin with, the testing scheme will take place in eight postal code areas, comprising around 80,000 people, in places where cases of the virus have been identified. However, during a press conference on Monday evening, Health Secretary Matt Hancock suggested that further measures could be rolled out to prevent a wider community outbreak.

Camel milk: Why camel farmers in Kenya are thriving

‘We will be trading on WTO terms,’ warns Gove, noting time to debate & approve a post-Brexit deal is running out