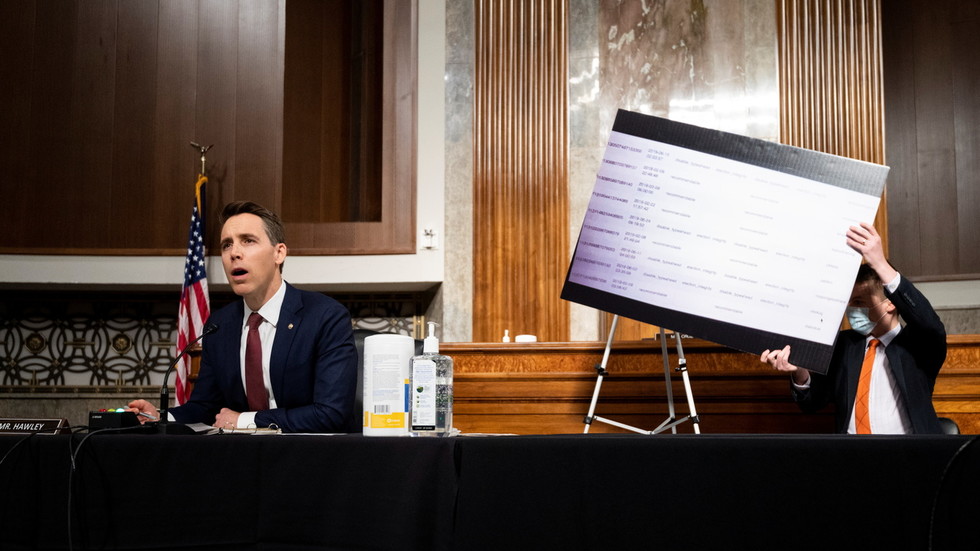 A major US publisher is refusing to release a book penned by Republican Senator Josh Hawley over his challenge of the 2020 election results, a move the lawmaker blasted as “Orwellian,” calling the company a “woke mob.”

Simon & Schuster, among the largest US publishing houses, said on Thursday that it would not bring Hawley’s forthcoming book – ‘The Tyranny of Big Tech’ – to market, citing his stance on the 2020 race in light of a violent riot that erupted at the US Capitol the day prior.

“As a publisher it will always be our mission to amplify a variety of voices and viewpoints: at the same time we take seriously our larger public responsibility as citizens, and cannot support Senator Hawley after his role in what became a dangerous threat to our democracy and freedom,” the company said in a statement, calling Wednesday’s chaos a “disturbing, deadly insurrection.”

S&S says "it will always be our mission to amplify a variety of voices and viewpoints; at the same time we take seriously our larger public responsibility as citizens, and cannot support Senator Hawley after his role in what became a dangerous threat to our democracy and freedom"

A page on the company’s website dedicated to Hawley’s book has since been purged, now returning an error message – perhaps giving weight to the premise of the work itself, which decries online censorship efforts by Big Tech behemoths.

The GOP senator, who has joined President Donald Trump in alleging the 2020 election was marred by endemic fraud, responded to the decision with a scathing statement of his own, addressed to the “woke mob at Simon & Schuster.”

My statement on the woke mob at @simonschuster pic.twitter.com/pDxtZvz5J0

“This could not be more Orwellian. Simon & Schuster is canceling my contract because I was representing my constituents, leading a debate on the Senate floor on voter integrity, which they have now decided to redefine as sedition,” wrote Hawley. “Let me be clear, this is not just a contract dispute. It’s a direct assault on the First Amendment. Only approved speech can now be published.”

Publishers have a right to run their businesses as they see fit. I openly oppose Hawley’s election objection scheme & disagree with his proposed remedy on big tech censorship concerns. I think canceling his book is the wrong move for discourse & counterproductive.

This is the Left looking to cancel everyone they don’t approve of. I will fight this cancel culture with everything I have. We’ll see you in court.

I am against censorship and believe deeply in freedom of speech. Even the despicable poseur Hawley has a right to write – but that doesn't mean a publisher has to publish him. I'm proud that my publisher decided to chuck him out. He'll find another publisher for his tripe. https://t.co/Mld75vUuts

Ten African music stars to look out for in 2021