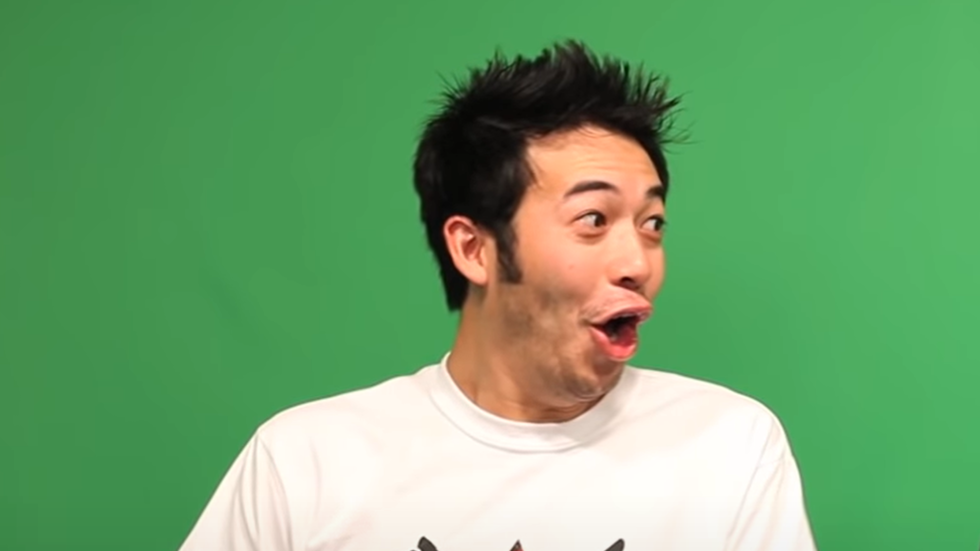 Livestreaming platform Twitch has declared that a popular emote known as “PogChamp” will be removed from the site after the real-life man behind the meme was accused of promoting further unrest during a riot at the US Capitol.

“We’ve made the decision to remove the PogChamp emote following statements from the face of the emote encouraging further violence after what took place in the Capitol today,” the platform said in a statement on Twitter late on Wednesday night.

We want the sentiment and use of Pog to live on – its meaning is much bigger than the person depicted or image itself– and it has a big place in Twitch culture. However, we can’t in good conscience continue to enable use of the image.

We want the sentiment and use of Pog to live on – its meaning is much bigger than the person depicted or image itself– and it has a big place in Twitch culture. However, we can't in good conscience continue to enable use of the image.

The announcement came after Ryan ‘Gootecks’ Gutierrez, a professional video game player whose exaggerated facial expression inspired the PogChamp meme, took to Twitter earlier on Wednesday to ask whether there would be additional “civil unrest” over a woman who was fatally shot amid the chaos in the nation’s capital.

Will there be civil unrest for the woman who was executed inside the Capitol today or will the #MAGAMartyr die in vain?

Many on the site – including Twitch ‘Partners,’ or influencers on the platform – took Gutierrez’s comments as inciting further violence, calling on the company to pull the meme using his visage. Twitch was apparently receptive to the idea, going through with the move soon after the public outcry erupted.

so @Twitch due to this lovely statement…i think this pogchamp emote needs to be removed. pic.twitter.com/qQXrEEtIif

Hey @Twitch can we fucking remove PogChamp we don't need it anymore, thanks. https://t.co/Phqzw9O4f4

Some were less enthused about the decision, with one netizen observing that Twitch streamers who “support BLM and Antifa” have not faced similar repercussions, despite “past violent actions” by members of both organizations. Other users noted that the PogChamp emote was effectively “the face of Twitch,” questioning the move to permanently scrub it from the site.

Before I get accused of supporting the riots, lemme just state that I don't. But if you're going to remove PogChamp over Gootecks' posts, then you'd have to remove streamers that support BLM and Antifa because of their organizations past violent actions… right? Yeah, thought so

Why did Twitch remove pogchamp just because his face typed some fuckshit on Twitter? Freedom of speech. I'm not saying what he did was right, I'm trying to say they removed the face of Twitch. The most famous part of it all. I even got my mom to say poggers. Why, Twitch?

Twitch, however, said it would “work with the community to design a new emote for the most hype moments” on the platform, as suggestions for a replacement came pouring in.

Petition to make etika the new pogchamp in remembrance of his death and solidify his importance to streamer culture in general #JOYCONBOYZ pic.twitter.com/s4QvhLurAZ

well since pogchamp is gone I propose Schlatt pog pic.twitter.com/bqt7csdGCZ

A rally to protest the results of the 2020 presidential race descended into violence on Wednesday afternoon, seeing hundreds of supporters of President Donald Trump storm the US Capitol, occupying chambers and smashing windows for several hours before they were removed by law enforcement. The chaotic protest prompted a full deployment of the DC National Guard and a 6pm curfew over the city, as well as an emergency declaration in nearby Virginia, where Governor Ralph Northam also imposed a curfew on select cities.

Ex-Soviet nations would have found it easier to become democracies if USSR still existed in some form, laments Gorbachev

Cocaine 'worth billions' seized in record Germany and Belgium haul