Home > WORLD > 'Tuchel must pick his battles at Chelsea. England will be a shock for him': Ex-keeper Bosnich to RT Sport (VIDEO) 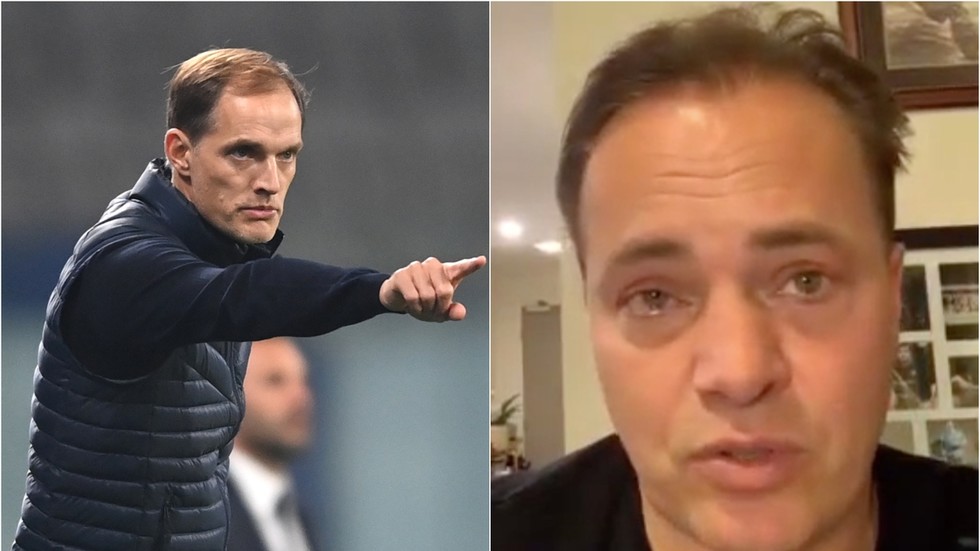 'Tuchel must pick his battles at Chelsea. England will be a shock for him': Ex-keeper Bosnich to RT Sport (VIDEO)

Former Chelsea keeper Mark Bosnich believes new boss Thomas Tuchel, famed for fractious relationship with club hierarchy, must “pick his battles” at the London club, and the untried German will be “shocked” by English football.

READ MORE: New Chelsea boss Thomas Tuchel admits he must avoid being ‘stubborn’ if he is to dodge showdowns with Abramovich and Granovskaia

Tuchel, 47, became the 13th different full-time manager during Roman Abramovich’s reign as owner when he replaced Frank Lampard, but the German brings with him questions over the suitability of his temperament when dealing with club hierarchy, which has characterised his tenure at his previous clubs.

Bosnich admits the ex-PSG and Borussia Dortmund boss is an “outstanding young manager”, but is also untried in the English game and the adjustment to Premier League football will come as a shock to the German.

“Tuchel is an outstanding young manager. No doubt about that. He’s got a wonderful reputation if you talk to people which I have done who’ve known him or worked with him from a tactical perspective, there’s no doubt about that. But he’s untried in England and it’s going to be a major shock for him, some of the situations that he’ll encounter,” Bosnich said.

Tuchel will likely not come into contact with owner Roman Abramovich directly, but will deal mainly with his trusted staff and advisers at the club, which include Russian-Canadian director and football power broker Marina Granovskaiia.

'He is untried in England, it's going to be a major shock!' – Ex Chelsea keeper Mark Bosnich on Thomas Tuchel@TheRealBozza talks to RT's @DannyWArmstrong #CFC #Chelsea #Abramovich

“In terms of the Tuchel situation, we know he’ll be dealing with Marina Granovskaiia. Right now after what’s happened with Frank Lampard, ironically enough it’ll be Tuchel’s most powerful time because if he wants to have some clashes and all that, I’m quite certain, unless he really does go over the line, which I don’t think he will do, the chips that people have in him, it will be at an all time high,” Bosnich said.

“However, in saying that you’ll also be very wary and understanding of the fact that, you know, he’s got to pick his battles. Now, I actually think in every club, there’s always tension. Every club that I was at, there’s always tension between the manager and the chairman. And that’s understandable because the manager sometimes wants to go and spend money that maybe the chairman doesn’t really want to go and spend.”

Since Jose Mourinho, who became a world star at Chelsea, was sacked in December 2015, the club have employed five different managers in a shade over five years, with emphasis being placed on high achievement from each appointment.

However, even in the event of winning silverware as in the case of Antonio Conte, who won Premier League and FA Cup honors in just two seasons before being sacked, and fellow Italian Maurizio Sarri who suffered the same fate not long after winning the Champions League, Abramovich has wielded the axe.

Bosnich says he doesn’t expect elite expectations to change for Tuchel, but his goals will ironically be the same as those set for Lampard during his time as boss.

“In terms of Tuchel, nothing much really would change.I’d be saying to him minimum, top four and I would’ve said the same to Frank, but that’s why I think he deserved more time, because I would just, if you don’t get in the top four, there is more than likely opportunity that you won’t be with us anymore,” Bosnich said.

“So that would be the same for me for Tuchel. The other thing is the Champions League, it’s arguably the hardest competition in world sport to win. Hopefully for their sake it’s to win the FA Cup. That’s what I think the bar would be. That’s what this season. For next season, I think, definitely there’ll be different KPIs if you like ‘key performance indicators’ for him. There’s no doubt about that.”

Covid and suicide: Japan's rise a warning to the world?