Home > WORLD > Trump to use millions in campaign cash, threat of third party to stop Republicans voting to impeach – report 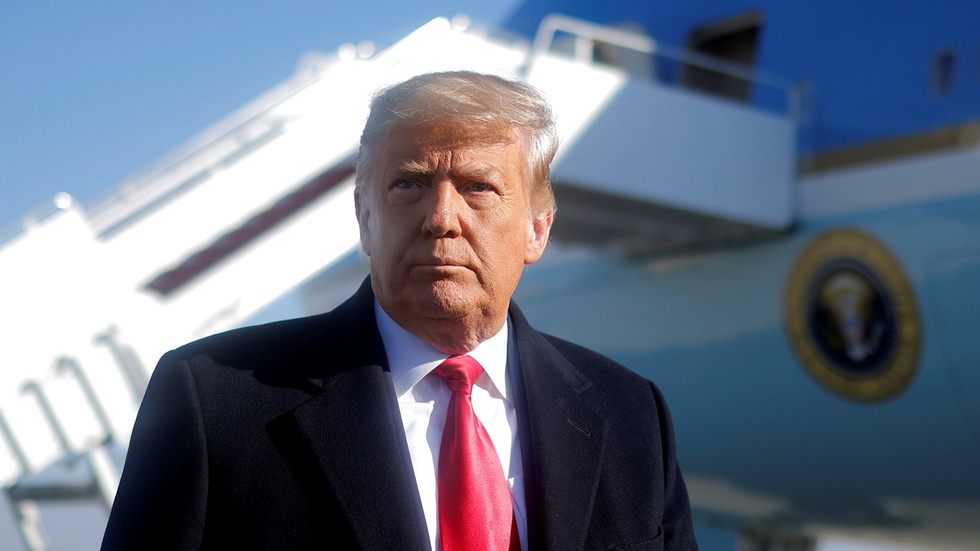 Trump to use millions in campaign cash, threat of third party to stop Republicans voting to impeach – report

Former President Donald Trump is reportedly planning on leveraging the threat of supporting primary challengers and starting a third party to keep Senate Republicans from voting to impeach him.

With an impeachment trial looming next month and numerous Democrats already putting their support behind the House’s article of impeachment, Trump is in a difficult position.

According to a Washington Post report, one of the ways the former president plans on fighting back in his trial, in which he is accused of inciting an insurrection, is using his potential support primary challengers to Republicans as a way to convince them to not join Democrats in voting to impeach. There is also the looming threat of him starting a third political party, which could be a devastating blow to an already fractured Republican Party.

“Trump advisers also say they plan to recruit opposing primary candidates and commission polling next week in districts of targeted lawmakers,” the Post reads, citing anonymous sources who have been speaking to the president in the days since he left the White House.

Trump has $70 million in campaign cash that will help him in these efforts.

Supporters of the Republican stormed the US Capitol on January 6, leading to a riot that left five people dead, including a police officer. Trump spoke to a crowd in Washington DC hours before events at the Capitol and continued to push election fraud allegations, telling them to “fight like hell” – details critics have used to accuse him of inspiring the deadly protest.

How Trump’s impeachment trial will play out remains to be seen as even Republicans appear to be split on their support. Senators like Marco Rubio have hinted they will vote against impeachment, but others such as Mitt Romney have not given indication as to where they stand, though the Utah senator did say what Trump is accused of is an “impeachable offense.”

Russian Orthodox Church has ‘soft & flexible’ stance on abortion & does not demand practice be made illegal, spokesman reveals

G-23 Is Really Fighting One Person