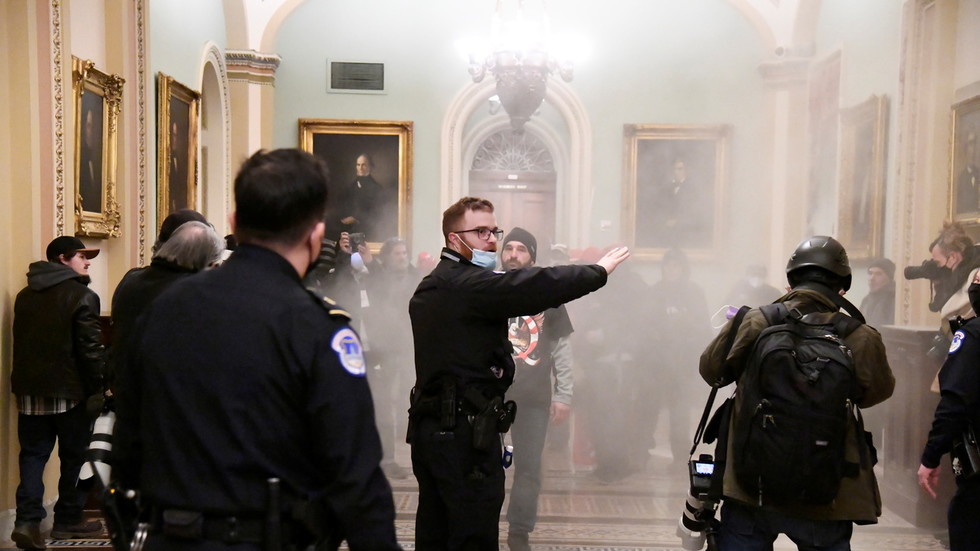 Video has surfaced of a woman being shot inside the US Capitol after Trump supporters breached the building and attempted to enter the Senate chamber. Footage also shows the woman then being carried out on a stretcher.

A young woman was just shot in the neck right besides me in the Capitol Building pic.twitter.com/hLQo4IP8J1

The unidentified woman appears to have been attempting to enter the Senate chamber with other protesters. Capitol Police on the other side of the doors had guns drawn. Video seemingly shows the woman being shot, falling to the ground, and others quickly racing to help her.

She can later be seen being carried out on a stretcher and is now reportedly in critical condition.

NEW – DC police shot a woman in the neck. Now taken out on stretcher covered in blood.pic.twitter.com/fk3zvYyvXO

CNN is reporting the woman was shot in the chest, but no other details have been provided. House Minority Leader Kevin McCarthy (R-California), who called the breach “unAmerican” had previously reported to Fox News that he heard “shots fired” through a Capitol Police radio amid unconfirmed reports swirling around social media.

Covid vaccines: Those that work – and the others to come

The Nigerian blogger scouring the past to inform the future