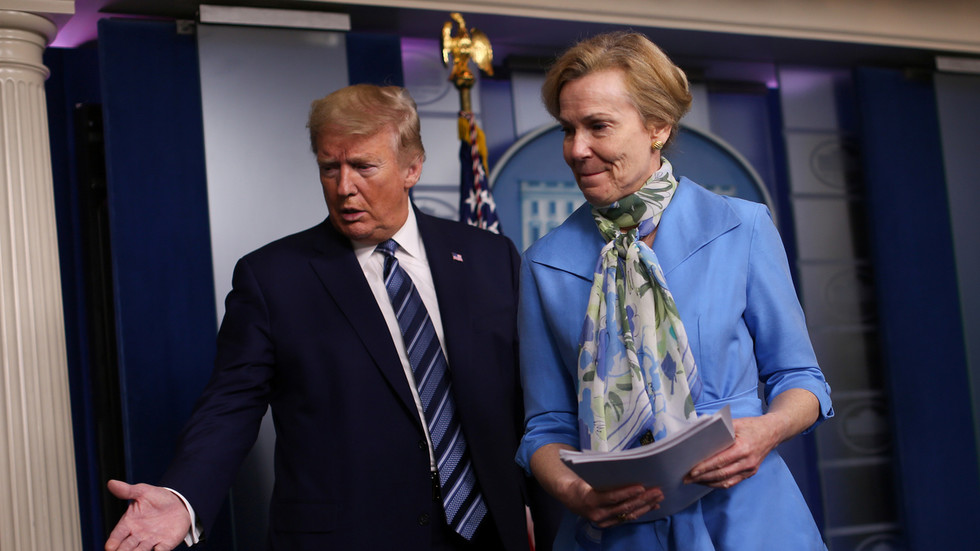 Dr. Deborah Birx has joined Anthony Fauci as another member of the Coronavirus Task Force in criticizing Donald Trump, claiming she “always” considered resigning and some in the administration believed Covid-19 was a “hoax.”

In a Sunday interview with Face the Nation, Birx got candid on her time with the Trump administration, suggesting disinformation was being pushed about the ongoing pandemic.

“I saw the president presenting graphs that I never made,” Birx said, putting blame on unidentified advisers who did not take Covid-19 as seriously as she did.

Though she says Trump appreciated the “gravity” of the situation, she claimed others did not.

“Someone inside was creating a parallel set of data and graphics that were shown to the president,” Birx said.

Dr. Deborah Birx on #Covid19 #disinformation inside the #Trump White House: “I saw the president presenting graphs that I never made” she tells @margbrennan

There were people in the White House, she added, that “definitely believed that this was a hoax.”

COVID Deniers inside the White House? "There were people who definitely believed that this was a hoax," former Trump Coronavirus Response Coordinator Dr. Deborah Birx admits to @margbrennan.

Birx says she took her messaging on the road to avoid being "censored" pic.twitter.com/B30c44MuNM

Birx said this friction led to her “always” considering resigning her position on the task force.

“I had to ask myself every morning, is there something that I think I can do that would be helpful in responding to this pandemic and it’s something I asked myself every night,” she said, revealing colleagues who had known her for decades saw her as politically aligned with the former president.

Birx’s new interview stands in contrast to her time in the White House when she found herself defending Trump multiple times as Democrats accused him of not taking the pandemic seriously and spreading “disinformation.”

House Speaker Nancy Pelosi (D-California) even specifically targeted Birx in August and aligned her with the former president.

“I think the president has been spreading disinformation about the virus and she is his appointee, so I don’t have confidence there,” she told ABC at the time.

Leading up to her resignation, Birx was one of many government officials to be accused of violating the very Covid-19 restrictions she was promoting to the public. In December, she warned Americans to be “vigilant” and to keep holiday celebrations limited to “your immediate household,” but traveled to Delaware and met with three generations of her family, mixing multiple households.

Another prominent member of the White House Coronavirus Task Force, Dr. Anthony Fauci, has also become much more critical of Trump since the shift in power. Though he claimed he was “not muzzled” while Trump was in office, he’s now alleged that he was prevented from appearing on certain news networks and feared speaking up at times because there would be retaliation.

Unlike Birx, Fauci has remained in his position as head of the National Institute of Allergy and Infectious Diseases and continues being a leading health official on the pandemic, giving a White House press briefing this week.

Kargil To Be Developed As Adventure Tourism Destination: Union Minister

Georgia climbers who risk their lives for Christmas trees