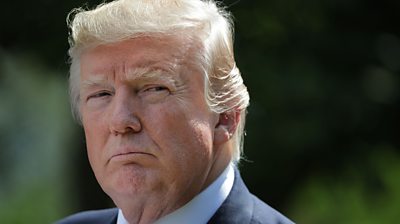 He’s accused of inciting the 6 Jan attack on the Capitol by a crowd of his supporters. But members of his Republican party are mostly standing by him.

What’s the case against him and what are the chances of a conviction?

Abducted, trafficked or killed: The life of a sex worker in Sierra Leone

The myth and reality of the super soldier

Coronavirus: US life expectancy falls by a year amid pandemic