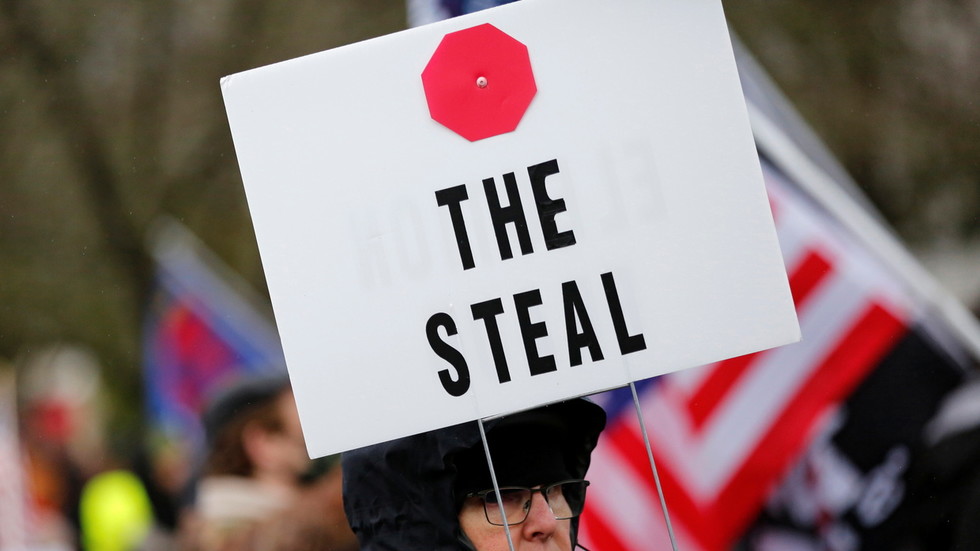 Attorney Jerome Marcus has pleaded with the US District Court for Eastern Pennsylvania to be allowed to pull out of the Trump campaign case regarding ballot counting, claiming it was used to commit crimes.

Marcus filed a motion in the federal court on Thursday, seeking to withdraw from representing the Trump campaign in a lawsuit against the Philadelphia County Board of Elections.

Claiming his services were being used “to perpetrate a crime” and that he was being forced to “take action that the lawyer considers repugnant and with which [he] has a fundamental disagreement,” Marcus argued Trump had weaponized his legal work in order to incite his supporters to violence on Wednesday at the Capitol. Thousands of protesters showed up to protest the Electoral College’s certification of Democrat Joe Biden as president.

While the lawyer acknowledged Trump’s case against the elections authority was “factually based,” he argued that it and other cases had been deliberately used to fuel the “wild” protests that ended with the deaths of four people, including a veteran who was shot by police.

The Trump administration has filed dozens of lawsuits in an effort to dig to the bottom of what the president insists was massive electoral fraud. Marcus’ suit, which attempted to stop the vote count in Philadelphia shortly after Election Day, argued Republican poll watchers were being excluded from the premises. Marcus even wrote an editorial for the Federalist describing how he’d seen “fraud happen” during the ballot count.

The lawyer is by no means the first Trump staffer to jump ship this week. Transportation Secretary Elaine Chao, former chief of staff and special envoy to Ireland Mick Mulvaney, deputy national security adviser Matt Pottinger, and Melania Trump’s press secretary for Stephanie Grisham are among the many departures that followed Wednesday’s riot at the Capitol.

While Trump argued before the riots that he would “never concede,” he ended the day pledging an “orderly” transition of power to the Biden administration.

George Floyd trial: Why is it so important?