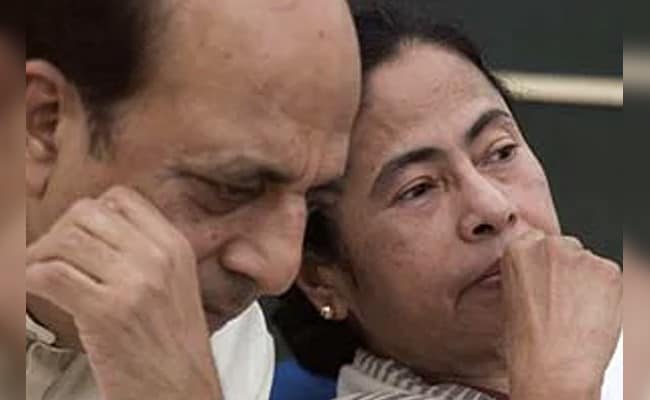 Former Union Minister Dinesh Trivedi, who recently quit the Trinamool Congress (TMC), has said the “corruption and violence model” of West Bengal’s ruling party will no longer work for it and will take the state back to “dark days”.

The former railway minister praised Prime Minister Narendra Modi, hailing his popularity and insisting people have faith in his leadership, but kept his political plans under wraps.

Mr Trivedi resigned his Rajya Sabha membership and from the TMC last Friday, saying he felt “suffocated” because of the violence going on in West Bengal and his inability to do anything about it.

He also insisted that the rule of law needed to be established in the state for bringing about the “real change”.

“In Bengal, we talk about icons and their ideals but what we see is contrary. The (TMC) model of violence and corruption is not what Bengal stands for. This model will take Bengal to dark days. The state has so much potential and we can’t just let it go waste,” Mr Trivedi said in an exclusive interview with news agency PTI.

He said as a public representative he could not have turned a blind eye to what was happening in the state.

He maintained he felt ashamed when people asked him about the culture of violence in the state, something that “pricked” his conscience and made him take a firm stand.

“I should rather work for the people of the state in my way if my party is not allowing me to do so. It is high time that we ended the TMC’s model and culture of corruption and violence,” he said.

Mr Trivedi also accused the TMC of being in “denial mode” over the happenings in the state and playing the “victim card”.

“If the thought process is that if you don’t abuse the prime minister and home minister regularly, you are not a loyal soldier of the party, then no one can help it. Criticising doesn’t mean abusing. We are Bengali Bhadra lok (gentlemen),” he said.

The chair commands respect and those occupying it should not be denigrated just because they are from a rival party, he said.

The veteran leader said he raised these issues several times on TMC forums but that did not yield any result as “somebody else” other than Mamata Banerjee took “control of the party” after it came to power in 2011. He, however, declined to name who it was.

“Time and again I raised the issues with the party. After Narada scam, when I raised the issue in a party forum it was set aside. I became the bad guy and was asked not to go for campaigning in the assembly polls. I never spoke out in public due to party discipline,” he said, responding to a question about why it took him so long to speak out.

Political circles have been rife with speculation that he may join the BJP but Mr Trivedi refused to say anything but praised the BJP.

“The BJP is the No. 1 party in the world. I thank Kailash Vijayvargiya Ji (BJP’s Bengal minder) and Dilip Ghosh Ji (Bengal BJP chief) from the core of my heart for welcoming me to the party. Only time will answer what’s in store. But I will keep fighting for the betterment of the people of Bengal,” he said.

Dinesh Trivedi said people of the country as also of West Bengal have faith in Narendra Modi’s leadership, which was reflected in the way the BJP won 18 of the state’s 42 Lok Sabha seats in 2019.

“It was due to people’s faith in PM Modi that the BJP pulled off such a spectacular peformance. I too lost the Lok Sabha election because of the Modi wave. How can we deny that?” Mr Trivedi, who lost from Barrackpore, said.

The former union minister deprecated the insider-outsider debate triggered by Mamata Banerjee, saying it was against the state’s cultural tradition of liberalism.

“India is a liberal country and Bengal is one of the most liberal states. This Bengali and non-Bengali, insider and outsider debate is very much against the rich culture and heritage of Bengal. The state of Rabindranath Tagore and Swami Vivekananda has no place for such debates,” he said.

Mr Trivedi deplored the marginalisation of the founding members of the TMC after the party came to power.

“Before the TMC came to power, we would sit for three-four hours every day discussing party work and formalising strategy. But after we came to power, the founding members were nowhere and the party was taken over by somebody else. But why blame somebody else if those at the helm chose to keep quiet,” he said.

He also criticised the Mamata Banerjee government for being in conflict with Centre “all the time” and not allowing central welfare schemes to be implemented in West Bengal, saying it harmed the state.

The former TMC veteran was apparently referring to the state refusing to implement the Ayushman Bharat scheme and belatedly agreeing to allow PM Kisan Samman Nidhi scheme for farmers.

When asked whether he had brought up these issues before Ms Banerjee, he said those at the helm of a party or government need to have a “robust information system”.

He said the TMC came to power on the promise of “paribortan” (change) but the real change will happen only when the rule of law is established. “There’s no rule of law at present,” he alleged.

“My commitment is to the people,” he said when asked whether or not will he be accused of deserting the TMC ahead of the assembly elections after enjoying the fruits of power.

Mr Trivedi said several of his former TMC colleagues called him up after his resignation and told him he did the right thing.

No Corporate Can Snatch Away Farmers’ Land Till Narendra Modi Is PM: Amit Shah

US Woman Fran Goldman, 90, Treks Miles In Snow To Get Vaccinated