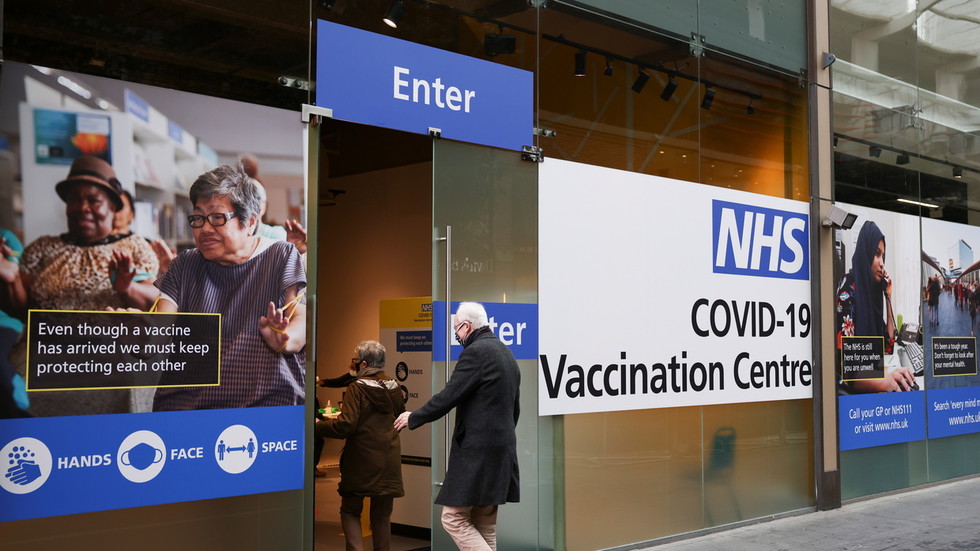 A group of Tory MPs has urged Boris Johnson to begin lifting Covid measures in March, arguing there will be no need for the rules once priority groups are vaccinated. The government has rejected the timetable as unrealistic.

Leaders of the Covid Recovery Group, which consists of 63 Conservative MPs, wrote to the British prime minister on Saturday in an effort to get the government to commit to a plan to phase out the restrictions. Noting that lockdowns cause “immense social and health damage”, the group said schools “must” reopen by March 8, adding that the benchmark should be followed by the gradual relaxation of rules.

The lockdown-sceptic lawmakers argued that, as the nation pushes forward with its vaccination drive, many of the restrictions will become unnecessary. Any rules still in place after March 8 should be proportionate to the “ever-increasing number” of people who have been administered the jab, the letter stated. The MPs said the government should be required to provide “evidence of effectiveness”, if Johnson chooses to keep certain measures intact, adding that there should be a “cost-benefit analysis” of each specific rule and a roadmap detailing when they would be lifted.

👉 All pupils back in school 8 March

They said that, once the first nine priority groups receive the shot by the end of April, there will no longer be any “justification” for the Covid-related measures to remain. Priority groups one to nine cover all people 50 years of age or older, as well as healthcare workers and those with certain medical conditions. The 10th priority group covers the entire population, though its parameters regarding children are yet to be determined. They noted that the first nine groups represent 99 percent of Covid-related deaths, as well as 80 percent of hospitalisations.

The MPs ended the letter by noting that the government has claimed that vaccines will reduce deaths as well as hospitalisations, reducing the likelihood that the virus could overwhelm the NHS.

The vaccine gives us immunity, but it also gives us permanent immunity from Covid-related lockdowns and restrictions.

The letter appears to have received a chilly reception from Downing Street, however. Foreign Secretary Dominic Raab said the vaccination drive was going as planned, and that it was expected to meet its target of inoculating the first four priority groups, comprising 15 million people aged 70 and older, by Monday. But he dismissed the idea of locking in a date when restrictions could be eased, saying it felt like a “slightly arbitrary commitment” without first reviewing how the vaccine had impacted transmission and hospital admissions.

He added that while opening up schools was a top priority, it needed to be seen “what impact that has on the virus.”

Johnson is expected to unveil his roadmap for ending lockdown on February 22. His government has repeatedly warned that it is too soon to say when businesses could reopen and travel restrictions be lifted. He cautioned on Wednesday that it was “just too early” for people to begin making summer-holiday plans, and asked the public to be “a little bit more patient” as the country continues to combat the virus.

Dr Susan Hopkins, Public Health England’s Covid-19 strategic response director, said on Friday that the restrictions could remain in place until the entire adult population is vaccinated. At the same time, a report published in the Times claimed that the government could potentially extend social distancing measures and other rules until the autumn.

Now that, after years of painstaking negotiations and political turmoil, Brexit’s really a done deal, here’s what happens next

Hackers threaten to leak massive trove of ‘before & after’ plastic surgery photos, warn they’re ‘not a pleasant sight’

“Gentle Giant” Who Became Symbol Of Fight Against Racism

Meghan, Harry To Open Up On Royal Split In Oprah Winfrey Interview