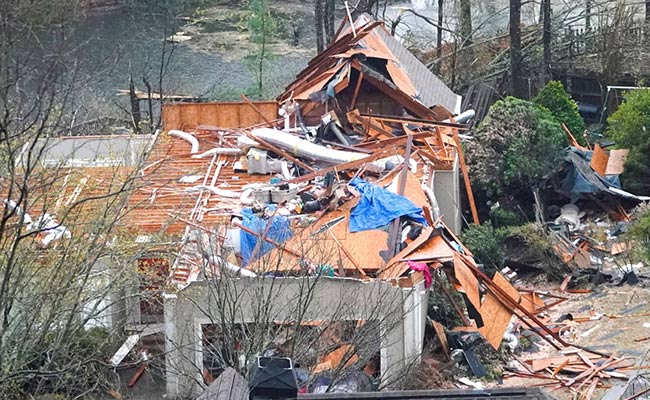 Tornadoes Kill Five In US’ Alabama

A cluster of tornadoes swept through the southern US state of Alabama.

A cluster of tornadoes swept through the southern US state of Alabama Thursday evening, killing at least five people, authorities said.

“I urge all folks in the path of these tornadoes and storm systems to remain on high alert,” Governor Kay Ivey tweeted.

Three members of one family were killed while sheltering in “a wooden structure” in the town of Ohatchee and another died in mobile home there, Calhoun County coroner Pat Brown told AFP. Another person died in the town of Wellington, Brown said.

The sheriff’s office said on Facebook that there had been significant damage in Calhoun County and advised residents to stay home and off the roads as more storms were expected.

More than 35,000 customers in Alabama were without power as of Thursday evening, according to poweroutage.us.

Officials said dangerous weather was expected to continue through the night.

Goldsmith Shot Dead By Terrorists In Jammu And Kashmir’s Srinagar

EU Says AstraZeneca Must Catch Up Vaccine Deliveries Before Exporting