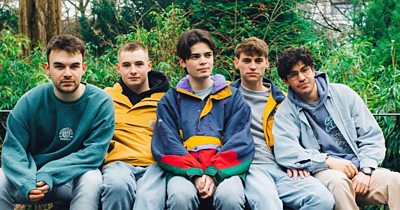 An indie rock band who unwittingly became part of a huge social media trend have described the experience as “absolutely insane”.

Blondes have seen their song Coming Of Age shared by millions, including by singers Lizzo and Jason Derulo, and Bayern Munich footballer Alphonso Davies.

The song was used in a trend which involved users reimagining scenes from coming-of-age films from the 2000s.

Blondes, who formed at the University of Nottingham, have since been contacted by record labels and A&Rs.

“It [one of the first TikTok videos to use the song] just went absolutely insane and then Jason Derulo commented on it,” 23-year-old guitarist Alex Davison said.

“Then we were like: ‘OK, something crazy is happening’.”

The race to create the world's next super-app

The vehicle that got a village smiling

Coronavirus: What Europeans have learned from a year of pandemic