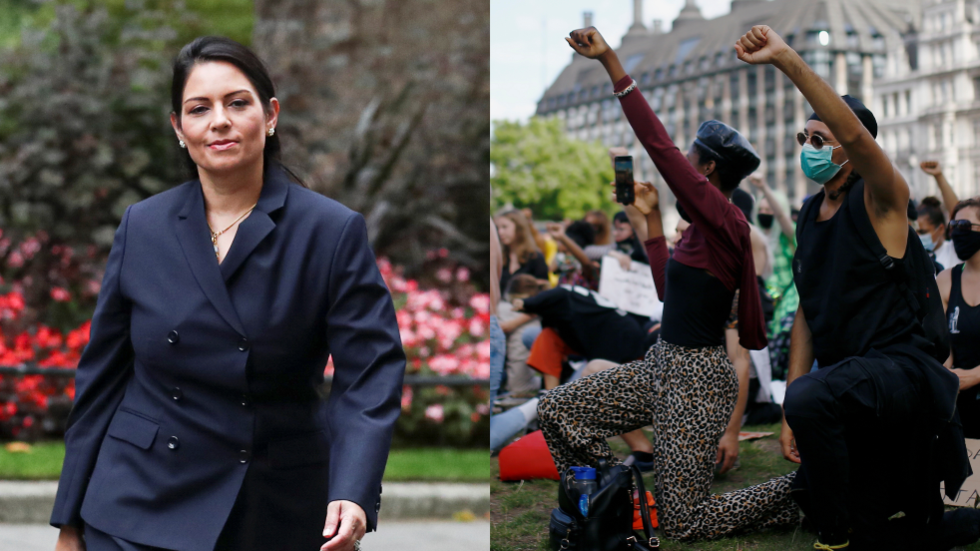 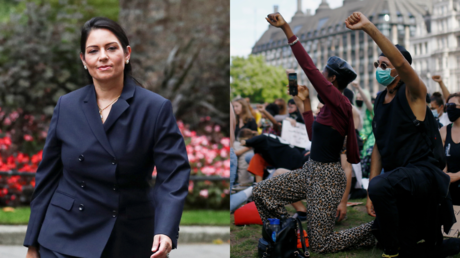 Britain’s Home Secretary Priti Patel is no fan of the ‘Black Lives Matter’ movement, and her latest anti-BLM declaration, in which she called the demonstrations “dreadful,” has ignited a storm of controversy online.

Speaking to London-based radio station LBC on Friday, Patel told host Nick Ferrari that she wouldn’t “take the knee” for the Black Lives Matter movement, as so many professional athletes, entertainers, and even politicians are wont to do.

Nick Ferrari – Would you take the knee, Priti Patel?#PritiPatel – No, I wouldn't have the time.#LBC pic.twitter.com/yCrovWuRJc

Beginning in the US after the death of George Floyd in police custody in Minneapolis, Minnesota, Black Lives Matter protests and riots soon spread across the western world last summer. In the UK, protesters in London clashed with police, desecrated statues, and according to a majority of Brits, increased racial tensions.

Patel called the demonstrations, which in London saw a mob pelt bottles and stones at police, as “dreadful.” Though her condemnation was unambiguous, it was not the first time she’s lobbed some harsh words at BLM. She described the movement’s protests as rife with “hooliganism and thuggery” in October, and told rioters in June that “there is no excuse” for vandalizing Britain’s war memorials.

“There are other ways in which those discussions can take place and, also, quite frankly I didn’t support that attempt to re-write history,” she added, referring to certain councils purging the names of ‘problematic’ historical figures from their street names. “I felt that that was wrong.”

Her refusal to entertain the idea of kneeing for BLM earned her praise from the British right.

Whenever anyone trends on this website – Priti Patel today for example – it's because they've said something manifestly provable, logical and accurate.

However, she also drew scorn from the left, with one commenter describing her as “one of the most repulsive individuals ever to hold high office in a British govt.”

Sometimes I think when Boris Johnson needs the public to be distracted from his failures he just pushes Priti Patel out the door and says "Go be yourself!".

The number of times I’ve needed to protect my energy from the ramblings of Priti Patel… wheww! 🙅🏽‍♀️

Weird how people who are told to protest *peacefully* if they want their grievances to be taken seriously by politicians get criticised by Priti Patel for kneeling.

Though Prime Minister Boris Johnson recently issued a whispered declaration that “there’s nothing wrong with being woke,” several of his ministers have pushed back against the liberal orthodoxy that saw BLM celebrated across the west over the last year, often to the chagrin of the liberal press. Equalities Minister Liz Truss called on the government late last year to abandon its decade-long focus on “fashionable” issues of race, gender and sexual orientation, and focus on fighting poverty and income inequality instead.