Home > WORLD > 'This is bigger than one account': Twitter CEO Jack Dorsey hints at future crackdowns in leaked VIDEO after Trump booted from site 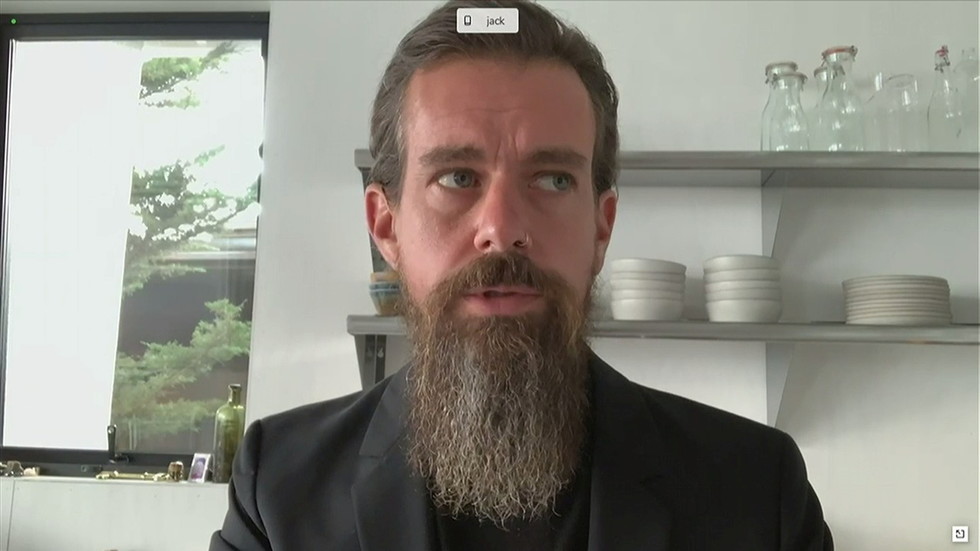 'This is bigger than one account': Twitter CEO Jack Dorsey hints at future crackdowns in leaked VIDEO after Trump booted from site

Twitter chief Jack Dorsey has suggested plans for a far-reaching crackdown on his social media site in footage reportedly leaked by a company insider, implying the purge campaign would extend well beyond Joe Biden’s inauguration.

In footage published by conservative muckraking outfit Project Veritas on Thursday, Dorsey hints at a major clampdown on Twitter in the coming months in the wake of President Donald Trump’s permanent suspension on the platform.

“We are focused on one account right now, but this is going to be bigger than just one account, and it’s going to go on for much longer than just this day, this week, and the next few weeks, and go on beyond the inauguration,” Dorsey said in the video, apparently referring to Trump’s now-defunct Twitter handle.

Project Veritas said it obtained the leaked video, which it dated to January 8, from a Twitter insider, who ostensibly captured it during a virtual company meeting.

In the clip, Dorsey also cites Twitter’s recently ramped-up efforts to expunge all accounts related to the QAnon online conspiracy community following a violent disturbance on Capitol Hill last week, arguing they should provide a model for content-policing going forward.

“The moves we’re making today around QAnon, for instance, is one such example of a broader approach that we should be looking at and going deeper on,” the CEO said, adding that such content is not “going away anytime soon.”

The Capitol riot – which saw a crowd of Trump supporters force their way into the halls of Congress and left five dead amid the chaos – prompted Twitter to permanently ban some 70,000 accounts, most of which were “dedicated to sharing QAnon content.” The company previously took a similar step in July, when it declared QAnon-related posts and handles would be banned, but merely “escalated enforcement” of the policy last week.

Observing that the US is “extremely divided,” Dorsey argued that Twitter’s role is “to protect the integrity” of political discourse in the country and to “do what we can to make sure that no one is being harmed based off that,” reiterating an often-stated goal to cut down on “real-world harm” stemming from activity on the web. The CEO previously defended Trump’s suspension on the same grounds, claiming the move would protect “public safety.”

Twitter is not the only Big Tech company to take a more aggressive approach to moderation in the aftermath of the riot. A cascade of social media sites have purged thousands of accounts, most alleging they “incited violence” and contributed to the unrest in DC. The president, too, was swept up in the banning campaign, either expelled or temporarily suspended on most major platforms, while many of his supporters have faced much the same. Both Reddit and Discord have moved to ban prominent pro-Trump groups, while the conservative-friendly social site Parler was outright shut down after Amazon opted to boot the site from its servers, potentially taking it offline for good.

US has conceded too much to Taliban, says Afghan vice-president

ICYMI: A dog rescue and a dog detective

Roman’s revolution: As Werner admits to ‘struggling’ since Chelsea move, how are the rest of Lampard’s major signings performing?