Home > WORLD > There’s only one Daniel Agger? Ex-Liverpool star clears up bizarre rumors he was arrested at Navalny protests in Moscow 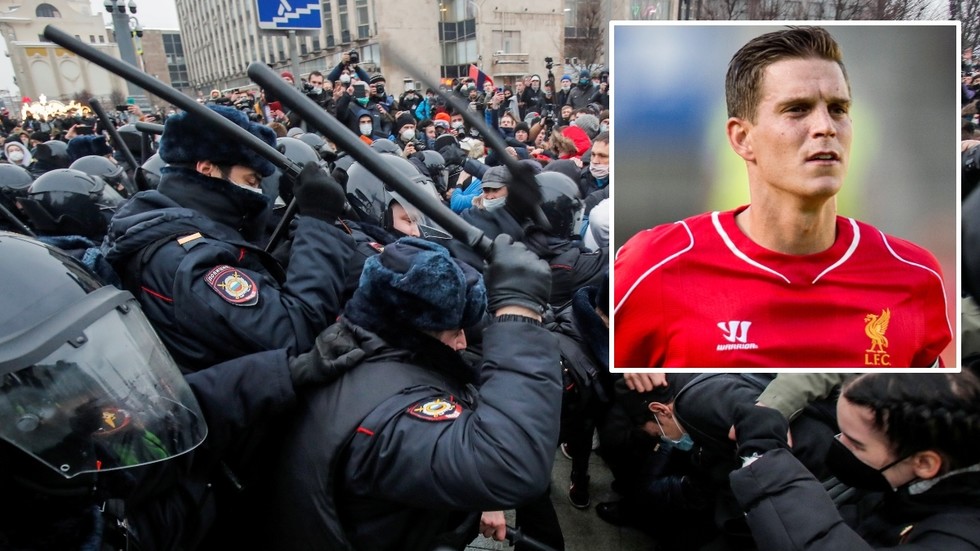 There’s only one Daniel Agger? Ex-Liverpool star clears up bizarre rumors he was arrested at Navalny protests in Moscow

Liverpool fans became somewhat concerned about the welfare of one of their former heroes after news emerged that Daniel Agger had been arrested during the Moscow protests in support of Russian opposition figure Alexey Navalny.

The story began when it was reported that a man by the name of Daniel Agger had been taken into custody on January 23 during the protests in Moscow.

Fanning the confusion was a tweet by Russian news outlet Novaya Gazeta which screamed: “Former Liverpool footballer and Danish captain Daniel Agger was detained during protests in Moscow. He spent two days in the police department, and today he will appear before the Golovinsky court.”

In the story itself, the headline made clear that the man was merely a namesake for the former Liverpool and Denmark star, but not before the news had prompted an outpouring of support from Liverpool fans online concerned for their former defender’s wellbeing.

The speculation was such that the former Liverpool defender himself – who is also a two-time Danish Player of the Year – took to social media to clear up the situation.

“There is a bit of confusion out there,” he tweeted.

“I have never said: ‘There is only one Daniel Agger.’ And now we know for sure.

“The ‘Daniel Agger’ mentioned in an incident in Moscow is not me. I’m safe and sound in Spain.”

“There is a bit of confusion out there. I have never said: “ There is only one Daniel Agger.” And now we know for sure. The Daniel Agger mentioned in an incident in Moscow is not me.” I’m safe and sound in Spain ☀️🇪🇸

It later transpired that the man detained had legally changed his name to Daniel Agger in 2009 as a tribute to the then-Liverpool defender. He was the man in attendance at the Navalny protests, and was subsequently arrested.

After giving his name, and the records being made public, confusion had reigned.

According to Russian Telegram channel Baza, the Daniel Agger in custody was originally a man named Dmitry Krendel from Orenburg.

“‘Ex-Dima told the police he was the footballer, but his Russian was too good and he looked like a hobo,” it was reported.

Over 19.5 Lakh People Vaccinated Against Covid-19 In India: Centre

Russia ‘sensible’ not to challenge 2-year ban from sporting events, but attacks on the country may continue – analysts

‘Why I quit my job after my home burned down’

Palm cockatoo: Why a unique ‘drumming’ bird is in peril