Home > WORLD > ‘There will be no full withdrawal’: Troops to remain in Afghanistan past Trump-set deadline – report 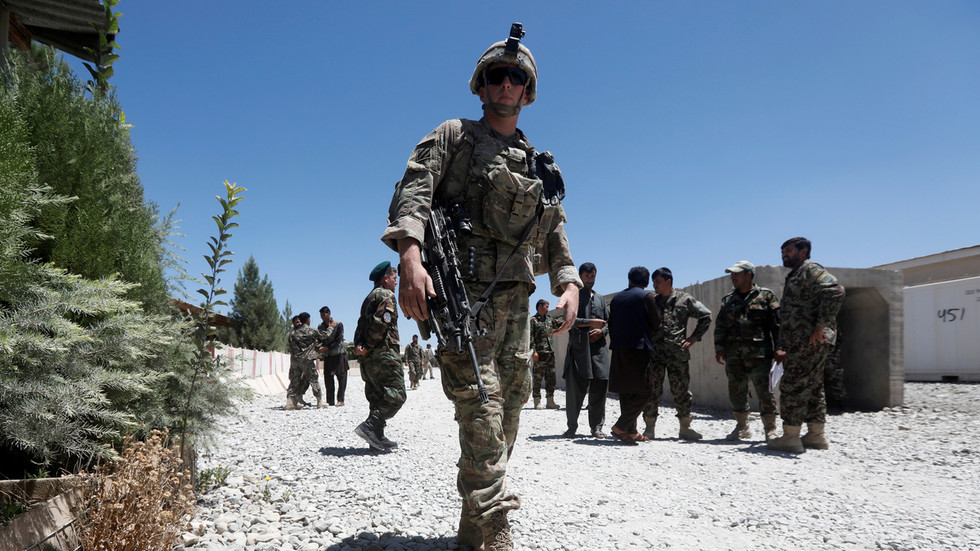 According to a new report citing senior North American Treaty Organization (NATO) commanders, coalition forces will not be leaving Afghanistan by May, a deadline Donald Trump hoped to meet as president.

“There will be no full withdrawal by allies by April-end,” one NATO official told Reuters.

According to the source, “conditions have not been met” to justify a full-scale withdrawal, and the new administration will likely present “tweaks in policy.”

“With the new US administration, there will be tweaks in the policy, the sense of hasty withdrawal which was prevalent will be addressed and we could see a much more calculated exit strategy,” he said.

Trump had been adamant during his presidency about bringing troops home and ending the 20-year war that rages on in Afghanistan. His administration negotiated with Taliban forces last year for a full-scale withdrawal by May of this year, should conditions stabilize in the country and on the condition that the Taliban sever ties with terrorist groups and enter into peace negotiations with the Afghan government.

The former president also ordered the Pentagon to remove thousands of troops by mid-January, leaving only 2,500 US troops in the country, the lowest number since 2001.

“Allies continue to assess the overall situation and to consult on the way forward,” NATO spokeswoman Oana Lungescu said.

A spokesperson for the Taliban told Reuters the group remains hopeful the US will leave the country by the end of the year.

“Our expectations are also that NATO will think to end this war and avoid more excuses for prolonging the war in Afghanistan,” the spokesperson said.

It remains to be seen in which direction Biden will take the war, as it was not as central to his campaign as Trump’s. He previously served as vice president under Barack Obama, who continued the wars, and Biden administration officials have signaled that a similar hardline stance will continue under his presidency.

Pentagon Press Secretary John Kirby said this month that the Taliban have not met “their commitments to renounce terrorism and to stop the violent attacks against the Afghan National Security Forces,” and because of this, “it’s very hard to see a specific way forward for the negotiated settlement.”

Kirby does claim, however, that the administration is “committed” to leaving the country. Biden did promise during his campaign for the presidency to “end the forever wars in Afghanistan and the Middle East,” though he has not presented as aggressive or specific a timeline as Trump, leaving many critics wondering just how committed he is to that promise.

Sher Mohammad Abbas Stanikzai, the deputy Taliban peace negotiator, said this week that the Biden administration is reviewing the peaceful exit negotiated by Trump and he hopes it is honored.

“In the history of Afghanistan, no one ever gave a safe passage to foreign invading troops. So, this is a good chance for the Americans that we are giving them safe passage to go out according to this treaty. We hope that when they are reviewing it they will come to the same positive [conclusion],” he said.

Coronavirus in Tanzania: The country that's rejecting the vaccine