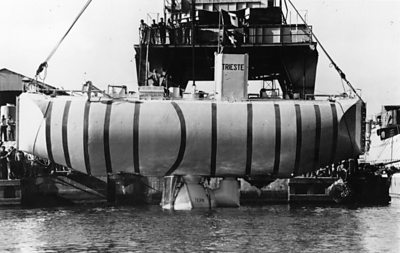 In 1960, Jacques Piccard and Lieutenant Don Walsh became the first humans ever to journey to the world’s greatest depth, the bottom of the Mariana Trench in the Pacific Ocean.

They attempted the expedition in the Bathyscaphe Trieste, a submersible specifically designed to withstand the tremendous pressure they would encounter.

Don Walsh spoke to Witness History about their pioneering feat.

Witness History: The stories of our times told by the people who were there.

Coronavirus in Tanzania: The country that's rejecting the vaccine

Amanda Gorman effect: 'It's going to open doors for poets'

Regulators in Pakistan can do NOTHING to stop people from bitcoin mining, entrepreneur tells Keiser Report

Morgan Wallen: US country star dropped by his record label over racial slur

Yemen: The doctor alone in a Covid-ravaged hospital