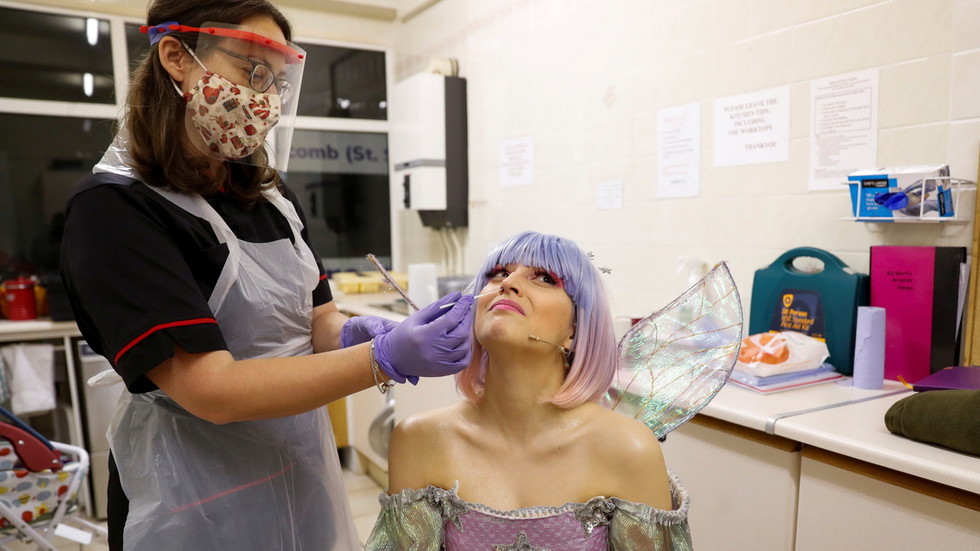 ‘The toughest nuts to crack’: UK PM Johnson says Covid jabs and on-the-spot tests will be key to nightclubs and theatres reopening

British clubbers and theatregoers will probably be allowed back into venues under a combined strategy of mass Covid-19 vaccination and on-the-spot testing for the virus, UK Prime Minister Boris Johnson said on Monday.

Nightclubs and theatres are the “toughest nuts to crack,” the PM told a news briefing, but he said the country’s night-time economy could reopen with the use of rapid-turnaround lateral flow tests at venues and the vaccination of more adults.

“That will be the route that we go down and that businesses will go down,” the PM said in response to a question about the use of so-called vaccine passports to gain entry to places like pubs.

“You’re already seeing lots of businesses using the potential of rapid on-the-day testing as well. That, in combination with vaccination, will probably be the route forward.”

Ahead of the briefing on Monday, Johnson ruled out that the government would use vaccine immunity certificates “to allow you to go to, say, the pub or something like that.”

Under England’s current Covid-19 lockdown, its third of the pandemic, pubs are closed, along with the rest of the hospitality industry and other non-essential shops and services.

Johnson has promised that he will be “setting out a roadmap” next Monday for how the country’s restrictions will start to be lifted.

At the weekend, the government announced it had hit its target of 15 million vaccinations by February 15.