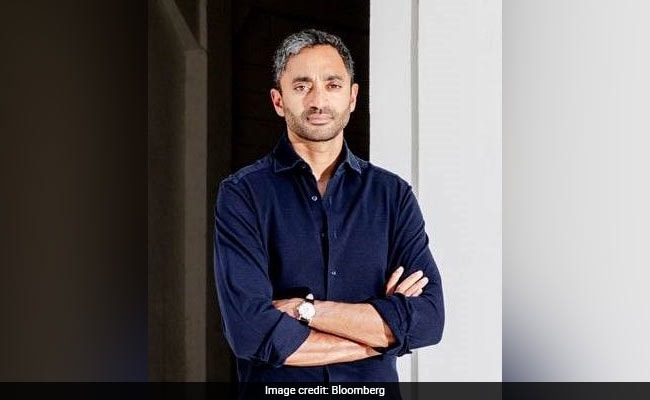 Chamath Palihapitiya has already drafted the next chapter in his charmed-life story.

The immigrant kid who bootstrapped his way into riches at Facebook Inc., made billions as a risk-hungry investor and became the pied piper of the current blank-check craze now envisions himself as nothing less than the Warren Buffett of the Reddit era.

“Nobody’s going to listen to Buffett,” Palihapitiya, the founder of Social Capital, said in a Bloomberg “Front Row” interview. “But there has to be other folks that take that mantle, take the baton and do it as well to this younger generation in the language they understand.”

The language, of course, is social media. That’s where the 44-year-old billionaire talks up his deals, trolls the establishment and hypes “all things Chamath.” Recently, he stoked speculation he might run for governor of California. Occasionally, he tweets out shirtless selfies to his 1.3 million followers. His feed is a digital stream of consciousness.

With Twitter as his bullhorn, Palihapitiya has become the undisputed king of special-purpose acquisition companies, the hottest thing on Wall Street. Together with Ian Osborne, a public-relations soothsayer turned financier, he has sponsored six SPACs, raised a total of $4.34 billion and acquired businesses in space travel, health insurance, financial services and real estate.

Along the way, Palihapitiya has made a fortune for himself and his investors, and helped whip up a frenzy that has everyone from Colin Kaepernick to former House Speaker Paul Ryan racing to market their own SPACs. He’s also a lightning rod for skeptics who pooh-pooh his success as the product of relentless self-promotion and see blank-check companies as proof of a bubble inflated by massive government money-printing.

If SPACs are emblematic of a speculative mania, then Palihapitiya is the face of that moment. 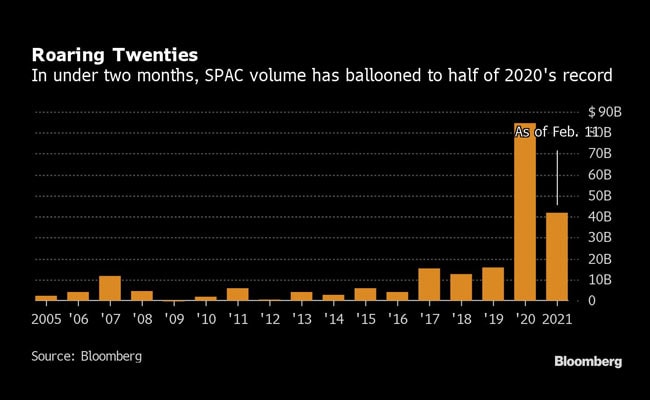 Palihapitiya said anything that popular will lure its share of copycats and wannabes, and inevitably many will fail. He’s confident his brand and investing acumen will not only make people rich, but help democratize finance and level the playing field for ordinary investors.

Plus, there’s that whole Buffett thing. He fancies growing his empire into a Berkshire Hathaway-esque conglomerate for the 21st century, complete with investor conference calls, an analyst day and its own must-attend annual meeting. All of which, in his vision, will generate enough wealth to shrink the inequality gap in America.

“I do want to have a Berkshire-like instrument that is all things, you know, not to sound egotistical, but all things Chamath, all things Social Capital,” he said.

It was also Palihapitiya who took a leading role in the frenzy around so-called meme stocks, tweeting on Jan. 26 that he’d bought GameStop Corp. call options and helping fuel its short-lived surge. He exited the trade before GameStop crashed, making a $500,000 profit he donated to charity.

Tell me what to buy tomorrow and if you convince me I’ll throw a few 100 k’s at it to start.

Palihapitiya then joined Reddit’s WallStreetBets crowd in bashing short-sellers and denounced Robinhood Markets, which temporarily limited purchases of meme stocks, as a “bunch of corporatist scumbags.”

He acknowledges such rhetoric isn’t exactly Buffett-like. But then again, perhaps that’s the point.

“Who I am is a byproduct of my generation and my media culture, which is faceted — not always great facets, but multifaceted,” he said. “You have to speak in the language of the times in order to get your point across.”

Palihapitiya’s bro-ish manner — cocksure and full of swagger — isn’t for everyone. It’s arguably what caused his venture-capital firm to implode in 2018. But his SPACs have delivered results, at least so far.

The first SPAC he raised with Osborne merged with Richard Branson’s Virgin Galactic in 2019 and now trades at $59, up from the standard offering price of $10. His five others also are well above $10, including the two that haven’t announced acquisitions yet — a testament to investors’ confidence and also to the central-bank largess that has inflated risk assets globally.

Critics contend SPACs are flawed and dangerous, with incentives that overwhelmingly favor sponsors and insiders at the expense of individual investors. Palihapitiya says he’s working with Credit Suisse Group AG on ways to reduce share allocations to hedge funds and to allow retail money to participate in so-called PIPE financings.

“On the deals that I do I take a 20% carry, and I think that I can find targets and find opportunities that will make that more than reasonable in the final analysis,” he said, adding that in every one of his SPACs, he has invested millions of dollars of his own money. The only reason he said he’ll ever sell any shares is to release cash for other endeavors.

In Silicon Valley, where his rise was meteoric and ultimately turbulent, everyone knows who “Chamath” is. It’s getting that way in financial circles, too. Not quite a “Jamie” or “Ray,” but on his way there.

Born in Sri Lanka, Palihapitiya emigrated to Ottawa as a boy. He worked part-time at Burger King to help his parents make ends meet. After getting a degree in electrical engineering from the University of Waterloo and trading derivatives for a year, he moved to California.

At Facebook, his responsibilities included the nascent mobile business and international markets. He left in 2011 to found Social Capital and took early stakes in Slack and SurveyMonkey. Palihapitiya also bought part of the Golden State Warriors basketball team in 2011, Bitcoin in 2012, Amazon.com Inc. shares in 2014 and Tesla Inc.’s convertible debt in 2015.

And then it all seemed to fall apart. His marriage dissolved, his key partners in Social Capital left and several investors balked at committing new funds. Many thought Palihapitiya had flamed out.

Palihapitiya estimates his wealth at somewhere between $10 billion and $15 billion, much more than public disclosures would suggest. Most of that — the insurance, software and health-care businesses he owns privately, his SPACs, the new seeding program he started for amateur money managers — will become part of the holding company he’s modeling on Berkshire.

One of Palihapitiya’s slogans is that only two things matter: inequality and climate change. He said investing in solutions for both is his mission at Social Capital. That’s why he’s also making a “huge bet” on securing critical supplies for lithium-ion batteries so the U.S. isn’t at China’s mercy in its efforts to tap green energy. He expects the effort to cost billions.

His populist appeal has won Palihapitiya millions of fans. Recently, it lent credibility to the rumor he planned to run for governor. While Palihapitiya is upset about everything from taxes to crime rates in California and is funding the #RecallGavinNewsom effort, he insists he has no intention of seeking office.

Instead, he said he’ll back candidates who share his centrist ideals and eventually plans to spend “hundreds of millions a year” building a machine that can rival the conservative influence of the Koch and Mercer families.

In the meantime, Palihapitiya says he has no plans to “cut and run” like the other billionaires fleeing his state, including Tesla’s Elon Musk and Oracle Corp.’s Larry Ellison. His strategy: be loyal, stay on brand, hide nothing.

“I make better decisions when I am authentic and transparent,” he said. “The best way to do that is just to be living my life out for everybody to see.”

–With assistance from Crystal Tse.

US Eases Restrictions On Iranian Diplomats’ Movements In New York