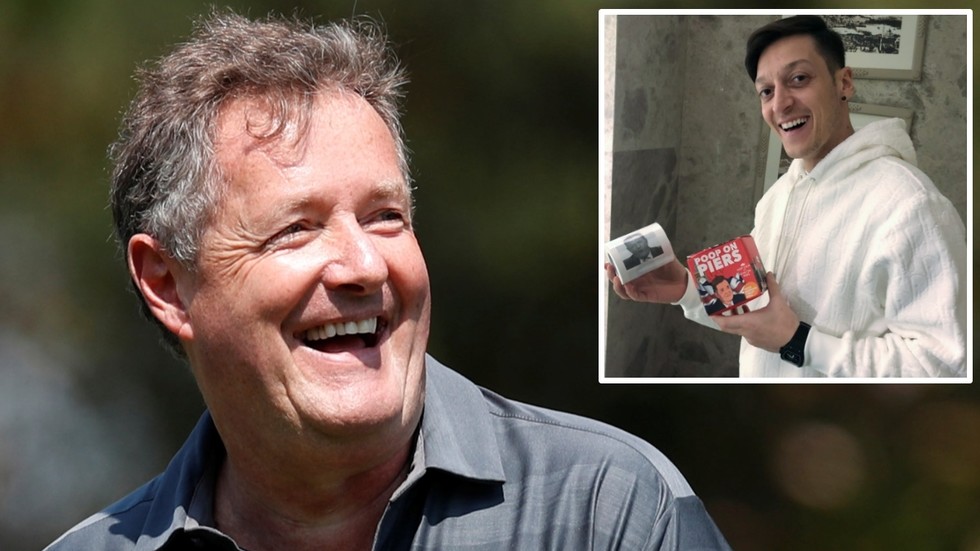 Former Arsenal misfit Mesut Ozil has delivered his final word to loudmouth broadcaster Piers Morgan as he flashed a smile and a joke at the outspoken former newspaper editor following his move to top Turkish side Fenerbahce.

Morgan has made no secret of his disregard for the German international playmaker, who struggled to maintain a spot in the Arsenal lineup following the departure of Arsene Wenger.

The Gunners supporter led the criticism of Ozil over the last two years, with both men sparring on social media as Ozil attempted to stand up for himself against the notoriously provocative TV personality.

Having finally announced his departure from the club in January after signing a contract with Turkish giants Fenerbahce, Ozil couldn’t resist a cheeky dig at his former nemesis.

The departing midfielder posed with some specially-branded Piers Morgan toilet paper, shared the photo to his 25.9 million alongside a message to his antagonist.

“Piers, I took this with me from London to Istanbul to remind me of you! Although you probably knew that already before,” he tweeted, ending his message with the hashtag #PoopOnPiers.

Piers, I took this with me from London to Istanbul to remind me of you! 🧻🧻 Although you probably knew that already before … 📲👂🏼👀 #PoopOnPiers @piersmorgan pic.twitter.com/Z0dRzQ5gB0

Unsurprisingly, Ozil’s tweet received a swift reply from Morgan, who attempted to get the last word as he tweeted: “Mesut, you’re full of cr*p, so I’m glad to be of much-needed use.”

It remains to be seen whether Morgan will continue to follow Ozil’s career in Turkey, but the banter between the feuding pair seems set to roll on.

Chilean president slapped with $3,500 FINE & ‘turns himself in’ after no-mask selfie with stranger stokes public backlash

Rap against Dictatorship: The rappers taking on Thailand’s leaders