Home > WORLD > The best way to repair the Russian/American relationship is for both sides to minimise contacts, and keep out of each others way 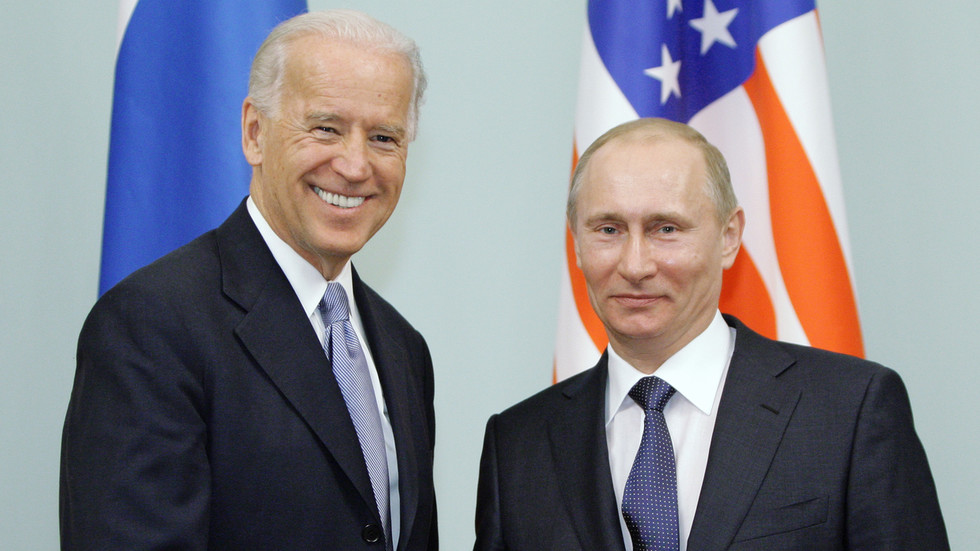 Presidents Joe Biden and Vladimir Putin spoke on the phone this week, and the issue of extending the vital New START nuclear treaty is now as good as settled.

The presidents gave their orders, setting the cogs of the bureaucratic behemoths in motion. And it seems like they’ll make it in time – by February 5, when the treaty is officially set to expire. So, what’s next? Nothing, really. Any excitement or hopes one might have for better relations between Russia and the US would be misplaced.

We should thank the new US administration for being so open and frank – when it comes to Russia, at least. Right after Biden’s inauguration, his team announced that the US would seek to extend the New Strategic Arms Reduction Treaty (New START) for five years, as set out in the initial document. And that will be the extent of any positive developments. Renewing this treaty will be an isolated case that will have no real impact on the generally antagonistic atmosphere. There are no plans for any kind of common agenda.

This straightforward position is commendable, and I say that without a trace of sarcasm. Both countries are now facing a multitude of issues, both domestic and external in nature. With the current global instability and economic crisis, everyone’s resources are limited. There is no point in investing intellectual effort, time, and money in something that will clearly have no payoff.

That would mean diverting all these precious resources from something that’s actually important. Trump’s endless mantra about how he wanted to “get along with Russia” did nothing except create useless agitation. Every time he expressed this hope, it was shattered by reality. A reality that was very different from – rather, opposite to – the declarations of the now ex-president. This only further poisoned the air.

Let’s try to look at the dead end that is Russia-US relations through the lens of their respective goals and interests – and see whether there is any incentive for positive developments.

For both countries, the current priority is to strengthen their respective government institutions and improve social cohesion. They want to keep boosting their capacity to withstand negative global trends and adapt to the fallout. In a perfect world, Russia and the US could help each other with that. In a real one, that’s out of the question. The ideological and political baggage both sides have accumulated so far definitely weighs them down, preventing them from considering each other’s interests and needs calmly and reasonably.

Under this weight, they view the opposing party’s interests as nothing more than an unwelcome burden. Such an approach also makes each side resort to finger-pointing and using the ‘external threat’ rhetoric in an attempt to justify ‘retaliation’ measures at home. The situation is asymmetrical and, on top of that, it keeps changing. At the moment, it looks as if the American establishment is maximizing its efforts to demonize Russia – although, admittedly, Russia also habitually uses the United States in its domestic policy discourse as a counterpoint and a way to stir up certain sentiments.

This status quo is not likely to change for a very long time, and the underlying reasons lie in the domain of global politics rather than Russian-American relations. In the eyes of governments, the globalized world is gradually turning from an endless source of opportunities into an ever-rising pile of risks. More and more nation-states choose to stay alert and follow defensive strategies punctuated by blitz counterattacks. As a result, protectionism and isolationism are rising on the global scene. The US, EU or China may keep up the globalism rhetoric, but that barely means anything anymore. What makes the United States stand out is its so far uncontested ability to impose its own ideological framework on the rest of the world – to enforce a system of values against which everyone else has to measure. This ability seems to be weakening, but the potential is still there.

This global situation erases the Russian-American diplomatic agenda as such. There is no longer any talk of common or shared interests, but merely of interests that happen to coincide and require coordinated efforts from both sides. The statements we have heard from the US administration are validating what many suggested would happen a long time ago – namely, that the nuclear agenda will no longer serve as a foundation for diplomatic relations between Moscow and Washington the way it did for decades. The international context is much more complicated now.

Of course, nuclear deterrence remains an integral factor, as both countries still have the means to unleash mutually assured destruction. Nuclear arsenals help decrease – or outright exclude – the possibility of a direct military conflict between the nuclear powers. That is a plain fact, and, until recently, the commonly shared belief was that it could serve as the foundation to build Russia-US relations on, however temporary.

The diplomatic reset under Obama was an attempt to make use of this foundation. It was a package agreement, with issues tied to other issues, which allowed each side to swap its more critical interests for those of lesser importance. New START was the bedrock of the reset. On top of it, new elements were added, such as sanctions against Iran, Russia’s accession to the World Trade Organization, and a certain informal mutual understanding with respect to the post-Soviet region. A multitude of issues were tied together into one big knot.

Coming to an arrangement of that sort wouldn’t be possible these days. First, the old arms-reduction format is no longer on the table, and there is no alternative model in the works. Second, the two countries don’t have issues on their respective agendas that could be tied together – even if both parties were willing to do so. The reasons for that are explained above. For both US and Russia, the priority right now is to deal with their own problems, some of which are quite acute.

Russia and the US don’t need each other to tackle them, and both Moscow and Washington have their own ways of sorting things out. There isn’t a sense of an existential threat between the two sides that would make them take each other more seriously – after all, full-scale war is virtually impossible, thanks to nuclear deterrence. Each side could cause trouble for the other, but not of the fatal sort.

The current US-Russia relationship paradox is that more interaction brings further tension. The momentum of the previous approach propels these relations into an even steeper downward spiral. When thinking about the road forward, we should forget the idea of two sides “agreeing on something”, at least for a time. New START is an exception, as it’s a formal extension of an already existing treaty. The way out of this deadlock is to reduce contact to the bare minimum, leaving threat management in hotspots such as Syria, and particular security issues. Cybersecurity might seem an obvious candidate, but it’s one of those domains where trust between the two sides is non-existent, with no clear way to initiate dialogue.

Of course, this is a temporary solution, until some new value or profit is found in building stronger relations between the two countries. But first, Russia and the United States must close the chapter they’ve been stuck on during the past decades. The old US-Russian diplomatic experience has little more than academic value.

The statements, views and opinions expressed in this column are solely those of the author and do not necessarily represent those of RT.

Project 17: ‘I was told to clean my own school toilets’